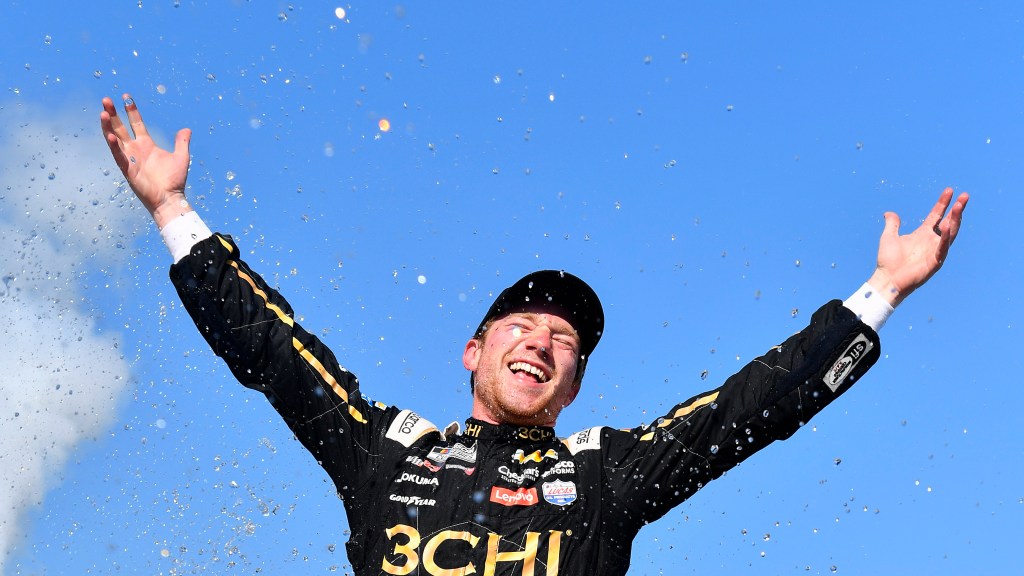 “Finally!!” is probably one of the many thoughts that crossed Tyler Reddick’s mind after he won the Kwik Trip 250 — his first career Cup Series victory — on Sunday at Road America in Wisconsin. For Reddick, this was a long time coming. Since his first full-time season at NASCAR’s highest in 2022, the No. 8 Richard Childress Racing Chevrolet driver had accumulated five runner-up finishes — including two this season in the Bristol Motor Speedway dirt race and at Darlington Raceway. He was due for his first checkered flag one of these races, and Sunday, he did it by getting the best of Chase Elliott, who finished second. “It’s not just a huge sense of relief for me,” Reddick said afterward. “It’s a huge sense of relief for this entire team, for RCR, because the effort and the time and how close we’ve been most of the year and to not get it done is very tough. But going through tough times makes tough people get through the tough times, and we were able to do that today and persevere and come out on top.” Reddick — who’s now the fifth first-time winner of the 2022 season — is generally a delightful person, so, of course, his celebratory moments were filled with what looked like wholesome joy. Here are 10 of his best celebration photos from Road America.