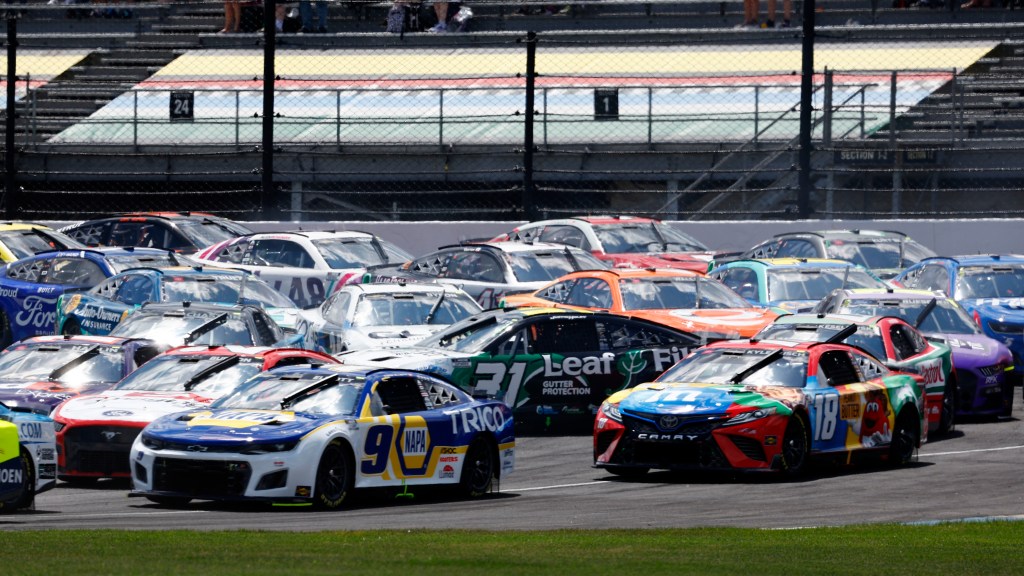 Welcome to FTW’s NASCAR Feud of the Week, where we provide a detailed breakdown of the latest absurd, funny and sometimes legitimate controversies and issues within the racing world. Most of our NASCAR Feuds of the Week during the 2022 season have been all about two drivers aggressively racing each other and responding with on-track payback. There was also an incident of drivers trying to fight each other with their cars, plus a literal fist fight that broke out earlier this year. But this week’s feud is more about drivers’ general frustration and anger — sometimes directed at their competitors, sometimes at themselves and other times at their own cars. The latest NASCAR Cup Series race at Indianapolis Motor Speedway’s road course was intense — particularly with Turn 1 wreaking havoc on the field before Tyler Reddick walked away with his second checkered flag of the season — which makes eavesdropping on their radio audio that much more entertaining. And with now just four regular-season races remaining before the playoffs begin in September, it’s likely that races are only going to get more fiery going into the postseason. So, thanks to NASCAR’s and FOX Sports’ latest editions of the best radio highlights, here are seven heated road-rage quotes from Sunday’s overtime-induced 86-lap race in Indy.

Kevin Harvick after snapping 65-race winless streak: 'Everybody who doubted us doesn't know us'