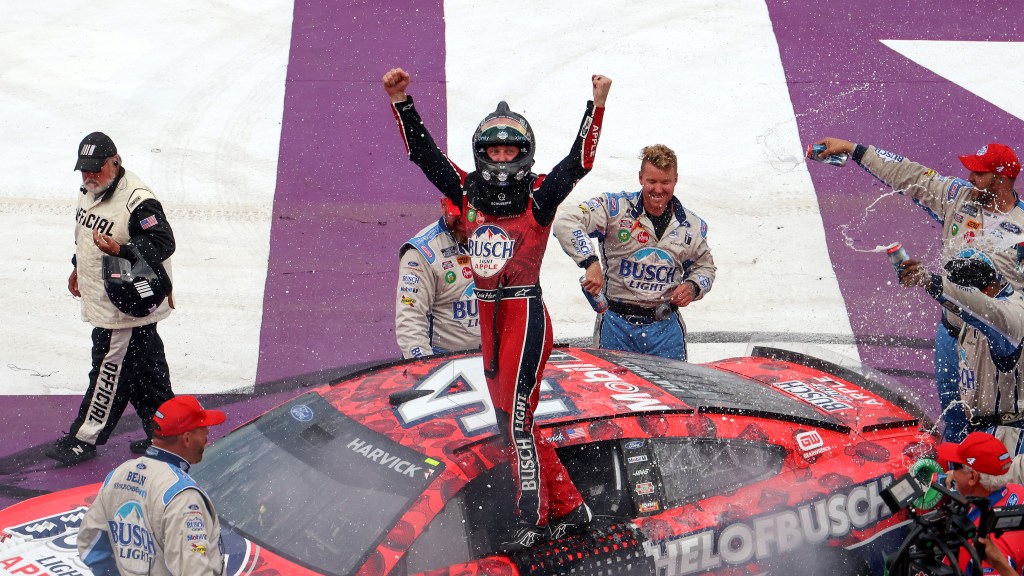 Twenty-three down, three to go for the NASCAR Cup Series regular season. And through the first 23 races of the year, there have now been 15 different winners, thanks to Kevin Harvick’s victory Sunday at Michigan International Speedway. And with the top-16 drivers making the playoff cut for the 10-race postseason, Harvick’s win complicates the playoff picture a bit. “Win and you’re in” might not be the case this season if there are more than 16 different race winners in the regular season, which ends August 27 at Daytona International Speedway. But for now, it is. RELATED: What happens is NASCAR has more than 16 winners eligible for the playoffs? While Harvick’s win locked him into the playoffs for now, it also notably knocked Martin Truex Jr., who’s winless so far this season, below the cut line, while Ryan Blaney, also winless in 2022, would be the last driver in if the playoffs began today. Should 2022 produce more than 16 winners before the playoffs, the championship-contending field will feature the drivers with the most wins, and of those tied with one win apiece, the drivers with the most regular-season points will fill out the remaining playoff spots. So here’s a look at how Harvick’s win Sunday impacted the playoff picture and who’s sitting on the bubble with three regular-season races left. It’s based on drivers’ projected playoff rankings and projected playoff points, not where they sit in the regular-season standings. And remember: When the playoffs begin, the 16 drivers fighting for the title will get 2,000 playoff points added to the playoff points they’ve already earned during the regular season, either through race or race stage wins.