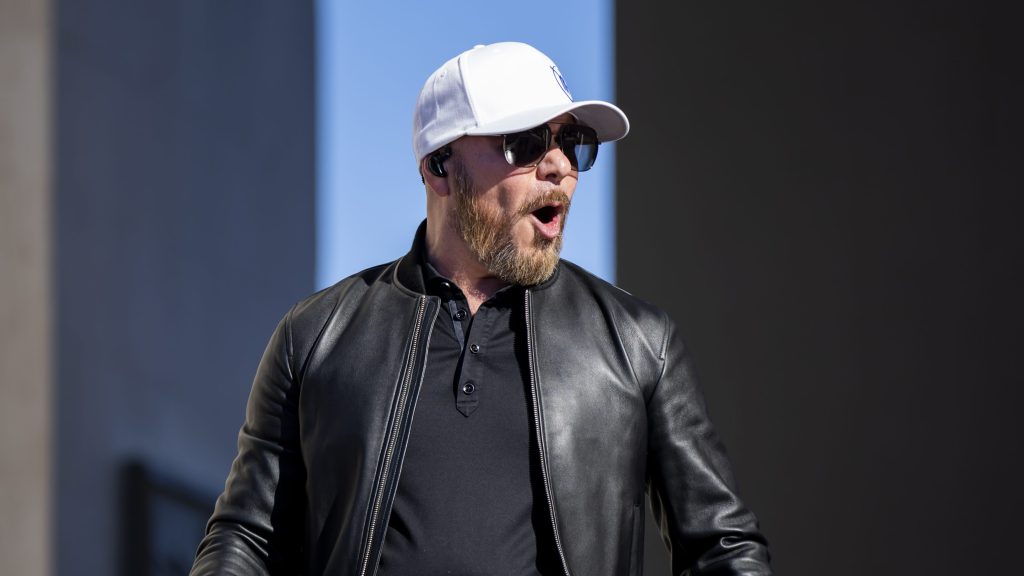 Pitbull pitched a taco piñata to NASCAR driver Daniel Suárez, who destroyed it as cash fell out

After Daniel Suárez took the checkered flag at Sonoma Raceway earlier this month, marking his first career NASCAR Cup Series victory and the first for a Mexican-born driver, he celebrated with some fun and pizzazz. That included him destroying a taco piñata on the track (sort of along the same lines as his teammate, Ross Chastain, smashing a watermelon after his wins). Well, Suárez and his team, Trackhouse Racing, continued having some fun with piñatas, and it’s massively entertaining. Sometime in the week and a half since Suárez’s win, Trackhouse co-owner, Pitbull stopped by the shop to help celebrate the team’s third overall win this year in its second Cup season. And at one point, Pitbull grabbed a taco piñata and Suárez a bat. From a stage, Pitbull pitched the piñata to Suárez, who didn’t hold back with his swing and blew the piñata open as cash (real or fake, it’s unclear) poured out. Amazing. An international music superstar and NASCAR team owner pitching his winning driver a taco piñata filled with money. This is tremendously fun and wholesome content from Trackhouse, which is having a stronger season than many people expected with three wins between its two drivers. And just as Chastain has kept his watermelon-smashing tradition going, we can only hope Suárez follows suit if or when he adds more wins to his resume.

Formula 1 video game: The biggest and best change for 2022

NASCAR: Chase Elliott set a mark that can’t be topped in 2022