Q&A: NHRA Top Fuel drag racer Leah Pruett on what it takes to pilot a car 'faster than a rocket ship' 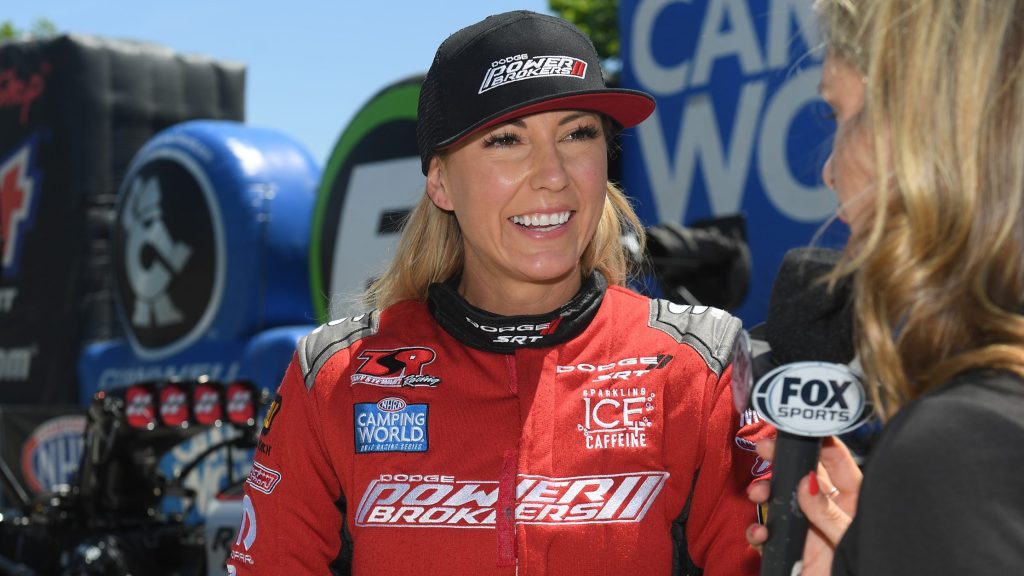 MORRISON, Colo. — With more than 1,000 feet of straight track ahead and NHRA Top Fuel drag racer Leah Pruett coaching me from the passenger seat of a souped-up 2021 Dodge Charger Scat Pack, I floored it. Literally. I completed a mostly stationary burnout to scrub debris from the tires and heat them up a bit, as the pros do before a race, and was patiently waiting for the lights in front of me to signal when to hit the gas. Working with both feet, per Pruett’s instructions, I simultaneously released the brake and slammed into the throttle as my right foot literally hit the floor of the car when the lights turned yellow. If they switch from yellow and you see green, you’re already late, Pruett says, offering up tips as a veteran driver with nine Top Fuel event victories who’s now competing for first-year NHRA team Tony Stewart Racing, owned by her NASCAR Hall of Fame husband. “As soon as I see any yellow, it’s an explosion, kind of like kickboxers and being an explosive tight end or something,” Pruett said. “Exactly wherever their cue is, it’s hitting it, and my queue is the yellow, amber lights.” Of course, Pruett drives a dragster with 11,000 horsepower that can reach more than 330 miles per hour and pull up to seven g forces (it reverses to negative seven when the parachute releases to slow the car, according to her Funny Car teammate Matt Hagan). And reaction time is crucial in trying to out-duel the racer in the next lane to the finish line first. The Charger Scat Pack we were in Thursday at Bandimere Speedway — which will host the Dodge Power Brokers NHRA Mile-High Nationals this weekend and where the speeds might be a tad slower because of the 5,764-foot elevation — was a far cry from what Pruett usually pilots. In 2018, she won at Bandimere — where she also has a career-best 69.2 Top Fuel round winning percentage — going 316.45 miles per hour in 3.831 seconds, and enters this weekend ranked 10th in the standings. On a smoking sunny day outside of Denver with temperatures pushing 100 degrees, it felt like 1,000 in the car. The windows needed to be up and the air conditioning off because we couldn’t risk condensation hitting the race. Plus, I was a nervous with a professional racer riding with me, ready to critique. My reaction time off the start could have been better, but when Pruett shouted, “Go!” I was gone. It took about nine seconds for me to break 80 miles an hour, and suddenly, my thrilling run was over. No parachute needed, as we coasted up a hill at the end of the track and I gently pushed on the brakes while we quickly opened the windows. Not nearly as impressive as my first ride with Pruett in the driver’s seat when she got us to 91 miles an hour in a smidge more than nine seconds. But she complimented my run — maybe she was just being nice — so I’ll take it. After our jolts of exhilaration, I chatted with the Arizona-based racer about the NHRA’s mind-blowing speeds, how she trains to handle them and what she wishes people knew about drag racing. This interview has been condensed and edited for clarity.