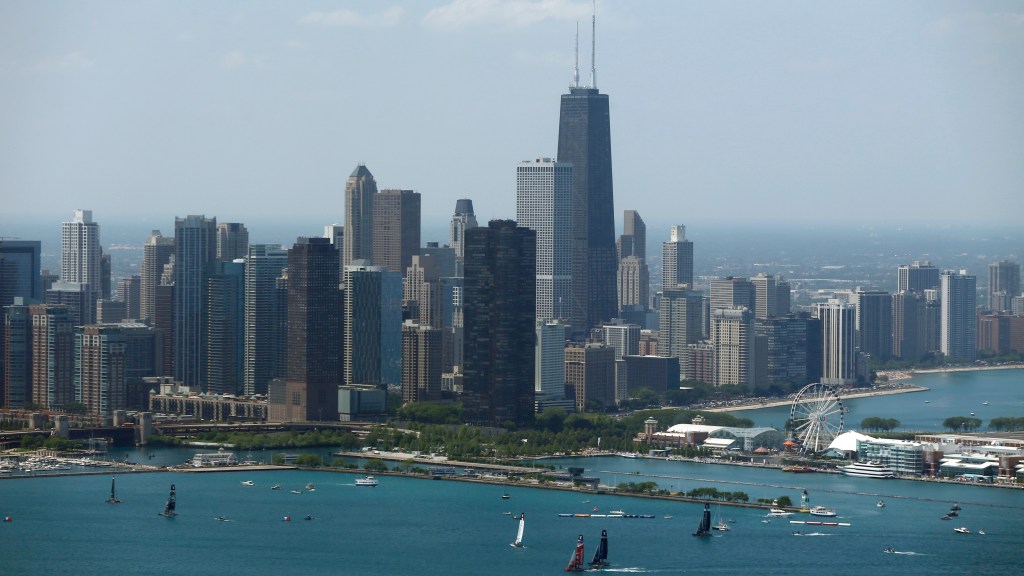 As expected, NASCAR announced Tuesday that the sport is returning to Chicagoland — but this time, it’ll actually be in the Windy City and not about an hour outside of it in Joliet, Illinois. Chicago will host NASCAR for street course races on a temporary circuit, beginning in 2023 (July 2). The Athletic first reported the news earlier this month, noting it’s expected to be a three-year deal through 2025. NASCAR president Steve Phelps hinted at it back in June, and in March, Hendrick Motorsports owner Rick Hendrick expressed his hopes for a street course on the nine-month schedule. When the news first broke that NASCAR was headed for a Chicago street course deal, it raised a lot of questions. Where exactly the course would be? Would the iconic Lake Shore Drive be part of it? Will people in the city be welcoming to it? From where will fans be able to watch? And what about Chicago’s infamous potholes? Logistical questions are valid when NASCAR announces moves like this, similar to the introduction of the Bristol Motor Speedway dirt race and the Los Angeles Memorial Coliseum hosting the preseason Clash. But now, we at least have an idea of what this Chicago street course could look like. Per NASCAR, here’s a look at the proposed street course layout. There are 12 turns, many of them right angles, it’s 2.2 miles long and, yes, South Lake Shore Drive is included. “I know there are some traditionalists that probably don’t like that,” Phelps said last month. “But with 36 points-paying races and two exhibitions, I think there’s room on the schedule for a street course.” Agreed. However, whether or not this street course will be a success remains to be seen, obviously. So we asked For The Win’s Chicago native and resident Blake Schuster to weigh in here. “For starters, it seems like the only area you can put a ton of fans at once is the baseball fields,” he said of the five-sided loop between Turns 1 and 6, “and that’s not going to have a ton of visibility, since half of the track is out of sight. It’s also already such a bottlenecked area, I’m not certain how they expect people to get in and out.” “It just seems like a logistical mess and the noise complaints are gonna be epic. Granted it’s only for a short term, but NASCAR is attempting to take over an area the Chicago Bears can’t get away from fast enough.” Like NASCAR’s other recent experiments, if planned well and done right, the Chicago street course could be a tremendous success — or maybe only need a few tweaks going forward. However, there’s clearly a lot of room for pitfalls and logistical nightmares, along with the possibility that drivers hate it. Either way, good on NASCAR for trying something new and bringing the sport back to the Chicago. We’ll just have to wait and see how this one turns out.