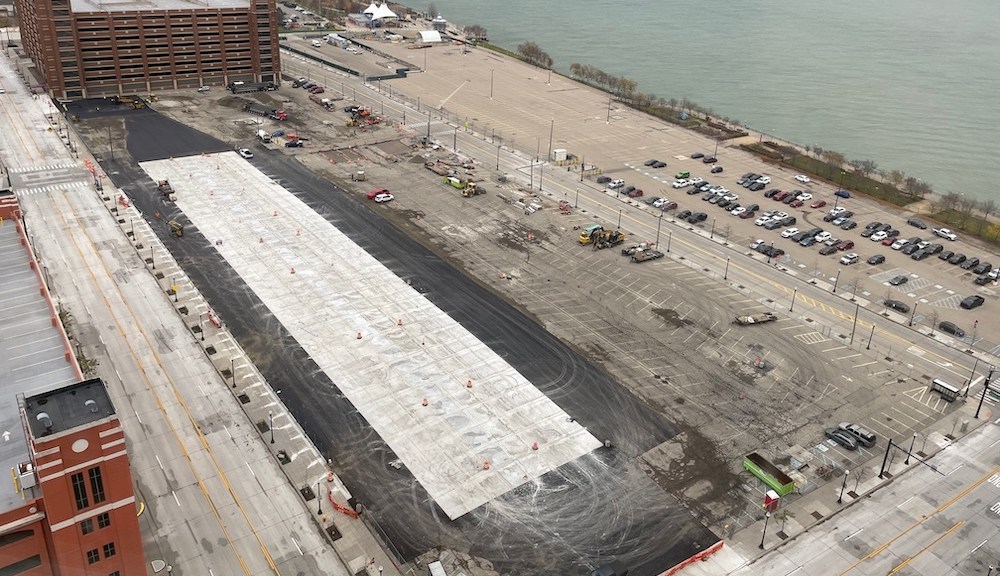 Progress continues to be made with the construction of next year’s Chevrolet Detroit Grand Prix. The move from Belle Isle to a new downtown layout will feature a unique pit lane arrangement with NTT IndyCar Series teams positioned on a short 1000-foot stretch of road that splits the field into pit stalls on opposing sides. The pit lane arrangement is somewhat reminiscent to the layout at the former Baltimore Grand Prix, where a handful of cars pitted on a small island that was created on drivers’ left while the majority of the cars had pit stalls on the right side of the lane. RACER understands the concept for orderly use of Detroit’s side-by-side pit lane on race day will see high- and low-speed lanes created for both sides with a merging of the sides at the pit lane exit. Elsewhere, the DGP organizers report that 80,000 square feet of fresh asphalt and concrete has been applied so far to the streets that will comprise the 1.7-mile, 10-turn circuit, with the pouring set to be completed next week.