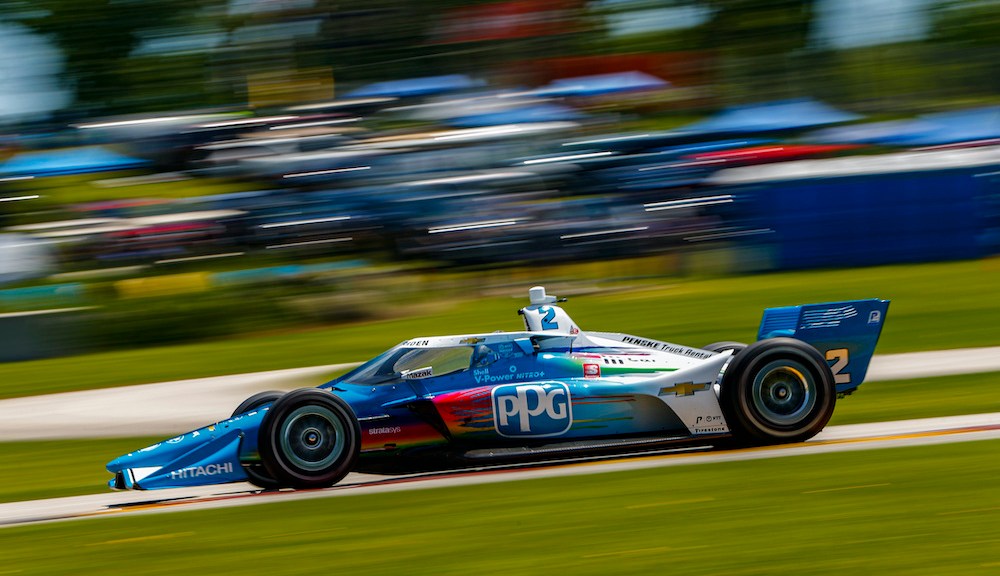 Penske to stick with three cars for 2023 IndyCar season

Roger Penske has no intention of jeopardizing the good thing he has going with the downsized Team Penske NTT IndyCar Series program. Shifting from four entries to three during the offseason has restored the team’s competitive edge, and with five wins from eight races so far this season, The Captain says no changes are forthcoming to his three-car program. “We’ll be three cars next year,” Penske told RACER, who cited the reduction as the primary reason behind the team’s return to title-contending form. “You can always do too much. And I think that it’s so competitive now, and we’ve got a really good driver lineup, good people and we had the pressure of getting ready to start to facilitate the Porsche Penske Motorsport sports car program, that it was the right move to do three . So that’s where we’re going to stay. I can tell you one thing: three is a hell of a lot easier than four.” Penske also gave credit to Team Chevy and Ilmor Engineering for the big boost they’ve provided to the Bowtie-powered teams. “One of the people who has been a big help is Ray Gosselin, who came over from Andretti to Ilmor,” he said. “Because of his racing experience and just knowledge for a number of years, has provided some very good input for the teams. It’s great for Chevy. “On the other hand, we didn’t deliver at Indy, which was a big disappointment for me and for the team. But we’re having a great season here and we’ll see what happens now in the races we’ve got left. A lot can happen in the last nine races. So we’ll see, but I like I like to position we’re in.” Will Power (second), Josef Newgarden (third), and Scott McLaughlin (ninth) are in prime championship positions at the moment, and from Penske’s viewpoint, he has the perfect lineup to go and capture another title. “I think Newgarden is on the top of his game,” he said. “I would have to say that Power has taken a whole different approach to his race car, to the team, what he wants out of the car and the whole of racing this year. That’s been a big help, and McLaughlin just gets better and better every year, every race.” The trio are all under contract through at least 2023 and Penske wants to keep the group intact for as long as possible. “Well, that’s our plan,” he said. “I can’t guarantee anything, but that’s the plan. They’re gonna want to race for us and we’re gonna try to give them the tools to be winners. And with that, I think we ended up with three great drivers. I think we’ve got a good stable, they’re loyal, they’re not going anywhere and we’ll keep going.”