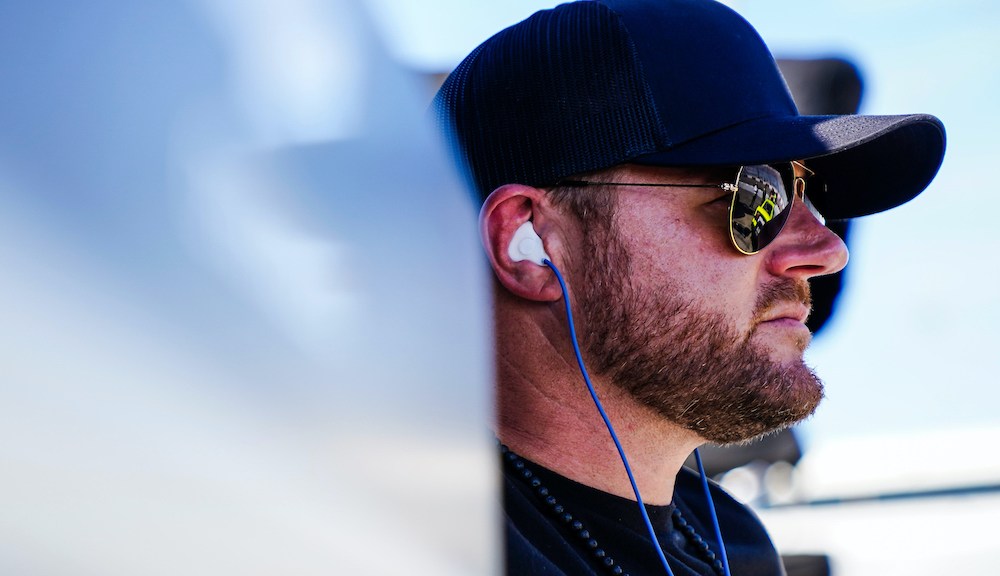 If Justin Marks decides to bring his team to the NTT IndyCar Series, the blueprint behind Trackhouse Racing’s rapid rise in the NASCAR Cup Series would offer the perfect blueprint. Although the former sports car and stock car driver isn’t against working with an IndyCar team to gather open-wheel expertise, the goal would be to develop Trackhouse into a standalone operation that’s capable of fielding a car of its own. “When I started Trackhouse, I said, ‘Look, I have to learn this series, I have to build my brand, I have to meet the people to understand the dynamic of team ownership, the workflow,’” Marks told RACER. “There’s just so many things to learn. So I just went to Richard Childress and was just like, ‘I need a private-label race team. I need you to do the race team for me so I can learn the business for a year and figure out how I’m going to do it on my own, rather than just coming out of the gates completely autonomous and just hoping for the best.’ And I think IndyCar would be the same way.” The formula has worked incredibly well. Building from Richard Childress Racing’s guidance and operational oversight in 2021, Trackhouse returned this season as a two-car team with the addition of Ross Chastain to the returning Daniel Suarez, and together, the Chevy-powered drivers have produced three wins and 17 top-fives, and both remain in championship contention. Marks continues to have talks with IndyCar teams to find a RCR-like opportunity in the open-wheel arena. “What I could see Trackhouse doing is partnering with an existing organization at first, so we can really be establishing our brand in that space and learning about how the series goes, and then determining when we could be prepared to do it ourselves,” he said. Marks is looking to the Indianapolis Motor Speedway and the month of May as the perfect place to introduce Trackhouse to open-wheel competition. “Most of my interest lies in the Indianapolis 500, but never say never ,” he said. “I think a really elegant way to build some brand equity in the series and learn about the series would be to partner with an existing organization at first, but in a way where it’s very thoughtful, and it’s geared towards autonomy if Trackhouse decides to play there.” Aligned with Chevrolet for its NASCAR program, Marks says working with a Chevy-powered IndyCar team is the logical relationship to pursue, but didn’t rule out talking with Honda, winners of the last three Indy 500s, and its teams, if needed. “I think it makes sense… it’s probably not a requirement, but it makes sense to exhaust every opportunity to grow our brand alongside our partners at Chevrolet,” he said. “Chevrolet has made a massive investment in our team, onboarding us as a key partner in the Cup Series, alongside Hendrick and RCR. They’re a huge part of why Trackhouse has been successful and they’re one of the biggest automotive brands in the world. So there’s no reason in my mind to venture away from that relationship.” Pointing to his interest in returning to sports cars, Marks cited General Motors’ new hybrid Cadillac GTP model coming to IMSA’s WeatherTech SportsCar Championship in 2023 as another arena where working with the company would be an obvious fit for Trackhouse. “The things that are at the forefront of where the OEMs find value is what interests me,” he said. “Obviously, there’s a hybrid Cadillac, so if we were to go that direction, all those conversations would start with them. My goal for Trackhouse is to scale the brand to transcend the sport. “So the most important thing in everything that we do is that it’s unique, it’s on-brand for Trackhouse, and it’s a great story. I’m excited about things like bringing Kimi Raikkonen into the Cup Series. I’d love to be able to go to Indy and bring a NASCAR driver to do the double. Just things that are unique and compelling and interesting and move the needle of global motorsport culture.” Given Trackhouse’s accomplishments in such a short period of time, there’s no reason to doubt Marks’ abilities to expand and deliver. “I just dream really, really big, and then I try to make it happen and tell people to tell me that I’m crazy,” he said. “I mean, I walked into the office at Trackhouse in February and I sat down with my competition director and said, ‘Hey, we’re going to run a third car for a Formula 1 driver at Watkins Glen.’ And he looked at me and goes, ‘How are you going to do that?’ “And I go, ‘I don’t know, you’re going to tell me how. I don’t have a sponsor, I don’t have the driver, I don’t have any of that stuff. But you’re going to tell me how we’re going to do it.’ And he was like, to his credit, ‘OK, let’s go to work.’ And then I flew to Switzerland and knocked on Kimi’s door and said, ‘I’m not taking no for an answer, buddy.’”