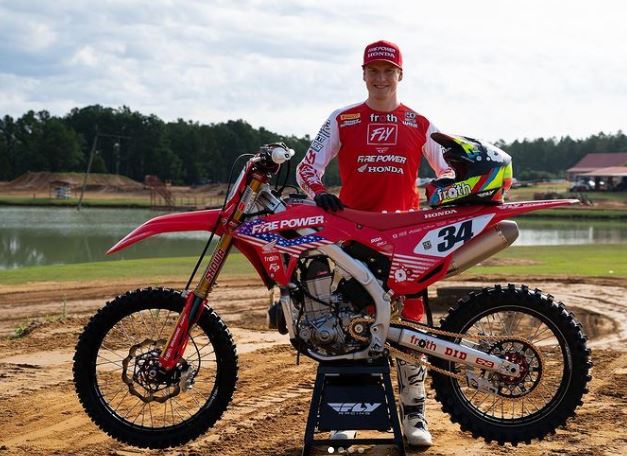 Max Anstie has now confirmed his plans for the future as he’s inked a deal with the Fire Power Honda team and will make his debut with his new team at RedBud this weekend. The Brit will race the next three AMA Nationals in the 450cc class and then his focus will be on Supercross. It’s not yet confirmed but Anstie has dropped a big hint that he’ll be racing a 250cc during the Supercross season next year and is expected to contest the three rounds of the World SX laster this year as well. “Let’s get down to business. Looking forward to lining up at Redbud this Saturday. I am going to race the next 3 nationals on the 450cc. Then the real work starts… I’m excited to have a fresh new start at Supercross, new bike, new class (or old), new races. All this to be announced later… but you get the idea”, Anstie stated on social media.  “Something new for Firepowerparts Honda Racing, we are going MX Racing and we are ready to get back to racing”, Honda Pro racing revealed.  The post Anstie’s Honda moved confirmed – IN for the next three AMA National rounds appeared first on GateDrop.com.

2022 PRO MOTOCROSS POINT STANDINGS (AFTER ROUND 9)