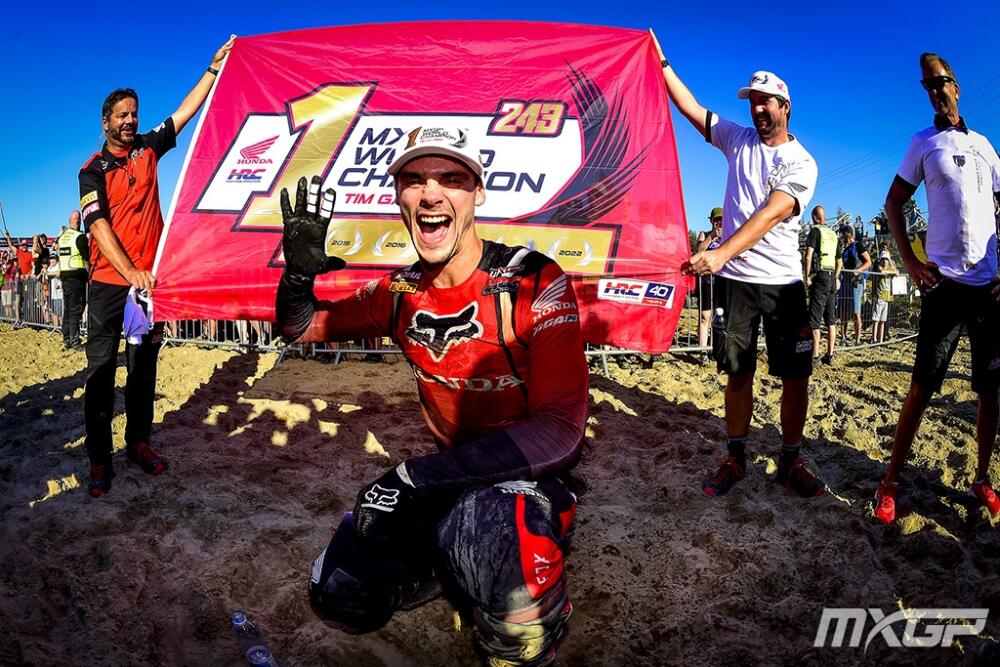 Tim Gajser After an electric start to the season and maybe the best level of his career, Tim Gajser has played the smart game the last few weeks to ensure he got the title wrapped up without any major drama. This was evidenced again in Finland on a rough and treacherous track with Gajser himself not entirely happy with his riding but the now five time world champ, did what he had to do and got the job down. Gajser is brilliant, he finds something to improve every year and this season his starts were dialled and his speed more than anyone else, especially at the start of the year when it really mattered. He had a composure all year and brilliant ability to find lines to make a pass no-one else could see. As with all great champions, Gajser did what he had to do when he had to do it and he joins Jeffrey Herlings, Joel Smets, Eric Geboers and Roger DeCoster on five world title. He is a legend of sport and maybe should be appreciated more. They say nice guys finish last but that isn’t the case for Tim Gajser. Five time world champ and counting. I already cannot wait to see Gajser and Herlings go at it in 2023! Geerts v Vialle This championship battle is entralling. Jago Geerts did everything right all weekend but one mistake led to two in the second moto and suddenly the ice old Tom Vialle is only 15 points back heading into his home GP next weekend with four motos to go! Vialle somehow, someway won that second moto under huge pressure and his willingness to go for the kill on Geerts early in race one showed just how much he knew the title was on the line in Finland. These two are at an incredibly high level and yet somehow a shcoolboy having his bike claimed is bigger news in the US media – it’s not fair on the two fastest riders in the MX2 world championship to have such a disparity of coverage. Just wait until you see how much coverage Vialle gets next season in America! The level Vialle and Geerts are riding right now with a title on the line doesn’t get enough respect, both are absolutely flying and this championship is going to the wire. They deserve all the respect and all the attention right now, this is the elite pushing each other to the maximum for a world title in a sensational MX2 season. Yamaha What a year for the Blu Cru. A supercross title in the bag, a 1-2-3-4-5 in the second moto in Finland and the three factory MXGP riders on the podium as Geerts leads the MX2 world championship and Tomac goes for a clean sweep in America added to the fact that three of the top five in the MXGP world championship all on blue, the factory are doing something right with that bike that previously has had a lot of criticism. The GP factory teams and Star Racing deserve a lot of credit. It is the bike to be on along with the Honda and to go 1-2-3-4-5 five in a GP moto and have all three factory riders on the podium is incredible and deserves huge respect. That’s not an easy thing to do but they’ve delivered from the factory team to the privateer teams and the riders involved, what an achievement. Words: Jonathan McCready Images: InFront Moto Racing The post Quick thoughts: MXGP of Finland appeared first on GateDrop.com.