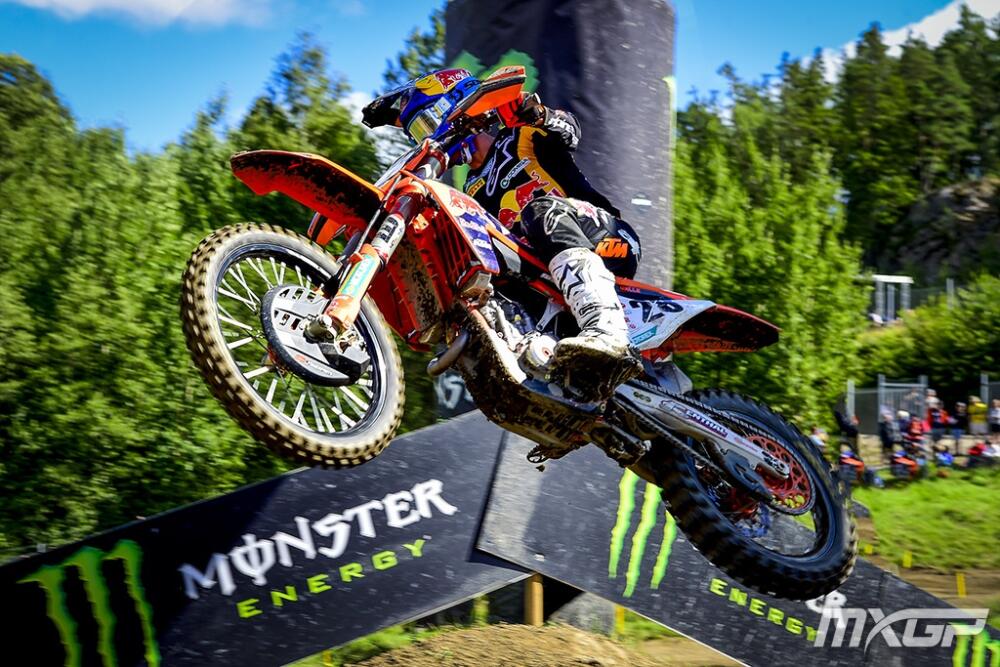 When the gate dropped for the first moto, it was Kevin Horgmo who grabbed the holeshot on his F&H Kawasaki but it didn’t take Tom Vialle and Jago Geerts to work themselves into first and second. With only a two seconds gap between the pair it was looking like it could have been another great battle but after ten minutes Jago Geerts took a small crash demoting him to third. The Belgian was able to re-pass Horgmo to finish a comfortable second. On the final lap there wasn’t much between Horgmo, Laengenfelder, Haarup and Benistant in a good battle for third. Race One: Race Two: Updated when available Overall: Updated when available Updated championship standings: Updated when available Pic: MXGP/Infront Moto Racing The post Race results: MX2 World Championship RD15 – Sweden appeared first on GateDrop.com.