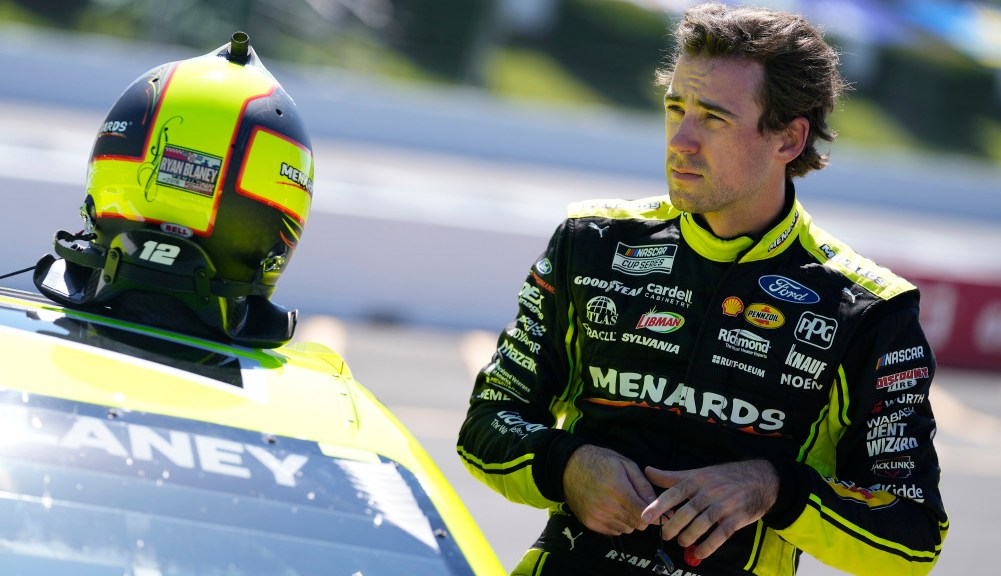 Team Penske has locked down Ryan Blaney for “well into the future” with a long-term contract extension. The exact length of the extension for the 28-year-old Blaney was not announced. Blaney moved into the NASCAR Cup Series full-time in 2016, driving the No. 21 Ford for the Wood Brothers, winning with the team in 2017. He has driven the No. 12 Ford Mustang for NASCAR Hall of Fame team owner Roger Penske since 2018, earning six additional victories as well as a triumph this season in the non-points All-Star Race. “Ryan has become one of the top competitors in the NASCAR Cup Series, and we are excited for him to continue his career and build on his success with Team Penske,” said Penske. “He has been a key part of our team for more than a decade, and we have seen him grow and develop, both on and off the track. He has become a consistent winner behind the wheel of the No. 12 Ford, and he does a great job representing our team partners. We look forward to what the future holds with Ryan and Team Penske.” Blaney joined Team Penske in 2012 with a limited Xfinity Series schedule. Across both the Xfinity Series and Cup Series, he has earned 14 wins and 10 poles driving for Penske. “Team Penske has been family to me for 10 years, so I’m incredibly excited to continue with this family for the future,” Blaney said. “Roger Penske is a legend in our sport and I’ve always said getting to drive for him is something everyone dreams of doing. On top of that, we’ve got a great group of partners with Menards, Advance Auto Parts, BODYARMOR, Wurth, Discount Tire, Dent Wizard, Wabash, and Ford that have shown a lot of faith in me. I look forward to continuing to win for Team Penske, Roger, and all of our partners, as we work towards our goal of winning a Cup Series championship.” Winless with two races left in the regular season, Blaney sits second in the overall championship standings with three poles and eight top-10 finishes, but he is fighting for a playoff spot going into Watkins Glen. Blaney, who made the playoffs the previous five years, has a 26-point advantage on Martin Truex Jr., the first driver below the cutline.