Hispanic Community Looks To Daniel Suarez As A Guide To NASCAR 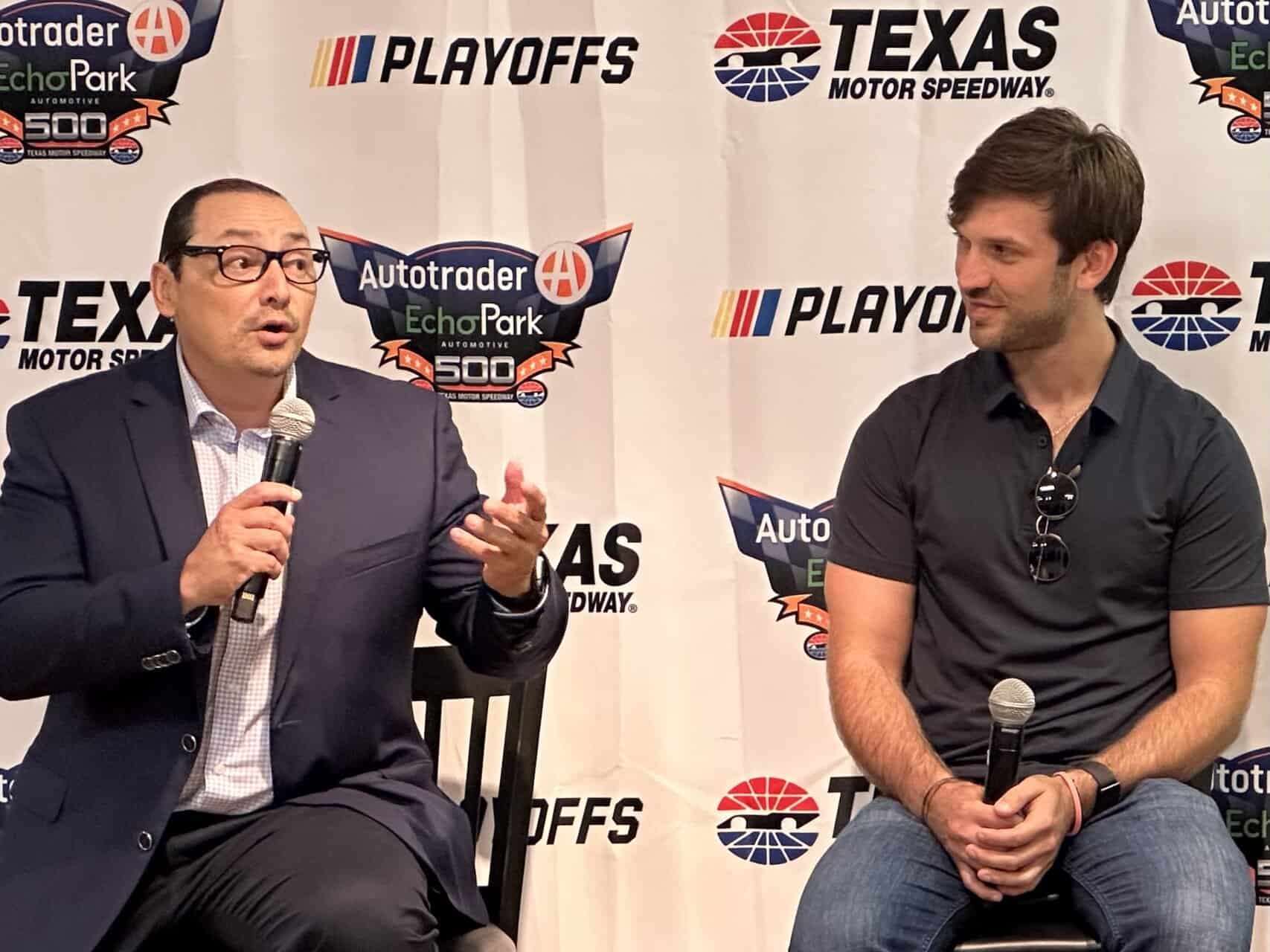 FORT WORTH – Personally, Daniel Suarez is racing to advance in the NASCAR Playoffs and compete for his and Trackhouse Racing team’s first Cup Series Championship but from the perspective of the Hispanic community, Suarez is their guide to an area of the racing world that is deeply rooted in the American fabric.

He will meet with several hundred of his Daniel’s Amigos” fans at the track this weekend just a few feet from the garages and media center in the middle of the track. The last time the amigos were with Suarez was at Sonoma Raceway and he drove his way to a win that locked him into the NASCAR Playoffs.

“Every time that I have the program I honestly feel more energetic and I have all the energy of these people,” Suarez said. “They just give me so much good energy to go out there and do good, not just for myself but them as well, because these are my people and I feel very, very proud to be able to bring them to the racetrack and give them my unique experience. It is going to be special this weekend, once again, just like at Sonoma and we are looking forward to enjoying it. We have to enjoy every single moment of it.”

Suarez doesn’t shy away from his role model status and embraces his heritage, being a true mentor to young people and reminding everyone of his humble roots from Monterrey, Mexico to Charlotte, N.C. However, during a visit to the Mexican Consulate in Dallas on Friday, Consul General Francisco de la Torre Galindo, told Kickin’ the Tires exactly what Suarez and his success mean to Hispanics living north and south of the Texas/Mexico border. He also explained how Texas Motor Speedway has reached out to his people and made them feel welcome at the track regardless of what might be happening on the border.

“You don’t put anything aside, the Mexican-American community, the dreamers, the Hispanic immigrants, we all live here,” Consul General Galindo said. “We are part of a huge community and we all enjoy sports, are involved with our families and kids. It’s competition and it’s part of the American culture and we all enjoy it. The fact that we can go to Texas Motor Speedway and feel welcome is amazing, it’s incredible and it has nothing to do with what happens at the border.

“I can clearly envision Daniel winning NASCAR Championship this year. I have no doubt that he will advance to the next round of the playoffs, we trust that happens and, yes, he can be the champion of NASCAR in the U.S. No doubt. What does this mean? It means more people will believe in the things that Hispanic racers and sports people can do. So, he is a role model for the Hispanic community and we are proud of him.”

Galindo said, that Suarez’s influence in the Hispanic community is undeniable and it had not only led to bringing new fans to NASCAR but also in bringing new drivers to racing. He said it is no more obvious than in his own family.

“Yes, of course,” said Consul General Galindo. “My nephew is racing. Every single time, they mention Daniel Suarez, because let me tell you something about the Latino community here, of course, if you like racing, you have heard of Pato O’Ward (Patricio O’Ward, IndyCar driver) and Checo Perez (Sergio Perez, F1 driver) but the one that is top of the mind for the kids growing up in America and being raised here is Daniel Suarez.”

FDNY Racing to continue in Truck Series in 2023

NASCAR: Chase Elliott and the 'boring story' how he got his name