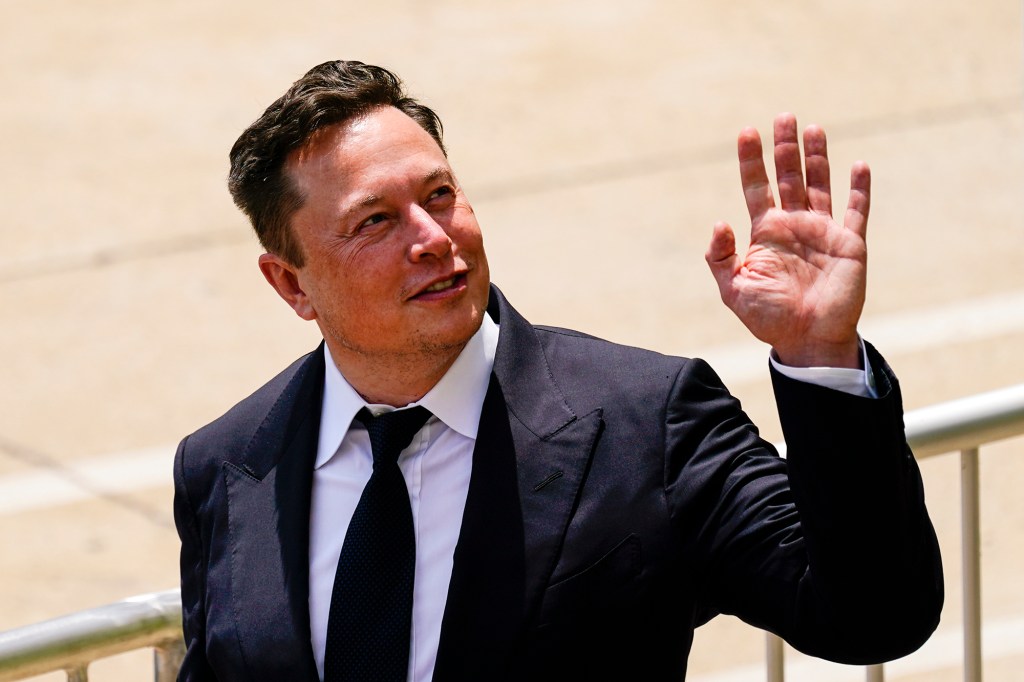 Throwing Twitter’s future into turmoil, billionaire Elon Musk is seeking to break his agreement to buy the Bay Area social-media giant for $44 billion, claiming it refused to tell him how many of the accounts on its platform were fake. Musk had been trying to get that information since early May after reaching an agreement in late April to buy the San Francisco company, according to a letter to Twitter’s board filed Friday with the U.S. Securities and Exchange Commission. Musk had demanded Twitter prove spam bots made up fewer than 5% of its users. “Mr. Musk has been clear that he views Twitter’s non-responsiveness as a material breach of the Merger Agreement giving him the right to terminate the Merger Agreement if uncured,” said the letter from a law firm. Twitter on Friday said it would see Musk in court. “We are committed to closing the transaction on the price and terms agreed upon with Mr. Musk and plan to pursue legal action to enforce the merger agreement,” the company said Friday in a news release. “We are confident we will prevail in the Delaware Court of Chancery.” Musk’s attempt to withdraw from the deal comes after weeks of tumult that saw him hinting at substantial loosening of Twitter’s rules on what material could be posted if he took over. A prolific tweeter, Musk in April suggested on Twitter that he would seek to have the platform hew closely to the First Amendment, which does not prohibit hate speech or false statements. A month later, he said he would reverse Twitter’s ban of former President Donald Trump. Then, in mid-May, he claimed he was putting the deal to buy Twitter “on hold” while he awaited “details supporting calculation that spam/fake accounts do indeed represent less than 5% of users.” Such fake accounts can be used to commit fraud or send incessant tweets that make the platform a less inviting place for users, holding down its appeal and compromising its financial performance. But the Friday letter to the SEC doubling down on Musk’s complaints may merely herald a new chapter in the dramatic saga: Musk signed a binding agreement to buy the company, which included a $1 billion penalty for breaking the deal, and some analysts predict a lengthy court fight. His plan to buy Twitter had earned the support of the firm’s co-founder and former CEO Jack Dorsey, who tweeted in April that the deal was “the right path” and that “Elon’s goal of creating a platform that is ‘maximally trusted and broadly inclusive’ is the right one.” The sale had also drawn criticism from some employees internally, who worried Musk would take the company in the wrong direction. Musk sold about $8.5 billion in Tesla stock to fund the purchase and pulled together $7 billion in promised backing from investors, including Oracle co-founder Larry Ellison. But the company today is not worth nearly what Musk agreed to pay, leading to speculation in recent weeks he might try to force a renegotiation of the deal, if not seek to end it outright. Twitter, like other major Bay Area technology companies, has been hit with stock market losses, knocking its value down 14% since the start of the year. News of Musk’s attempted exit from the purchase deal sent Twitter’s stock plummeting more than 5% in after-hours trading by 4 p.m. Friday. The company in May paused hiring for all but essential positions. This week, it said it had laid off 30% of its hiring team — fewer than 100 employees — the Wall Street Journal reported. Related Articles Technology | BART sued over ads targeting Elon Musk and his lab-monkey research Technology | Elon Musk defends right-wing author who deadnamed Elliot Page, insulted trans identity Technology | Man accused of buying 39 Teslas via $45 million scam with apparent false ties to Elon Musk Wedbush Securities analysts Dan Ives and John Katsingris predicted Friday that the weeks ahead will be painful for Musk and the company. “This is a disaster scenario for Twitter and its board as now the company will battle Musk in an elongated court battle to recoup the deal and/or the breakup fee of $1 billion at a minimum,” the analysts said in a note to investors. Left-wing group Media Matters for America celebrated Musk’s attempt to get out of the deal, saying he would turn it into “a fever swamp of dangerous conspiracy theories, partisan chicanery, and white supremacist radicalization.” Twitter has sought to limit extremism and hate speech in recent years, banning Trump two days after a mob of his supporters stormed the U.S. Capitol on Jan. 6, 2021, seeking to keep him in power after he lost the election to President Joe Biden. The company cited the “risk of further incitement of violence” if Trump, who had been an incessant and inflammatory Twitter user, remained on the platform. Analyst Debra Aho Williamson at business-research firm Insider Intelligence said Friday that if Musk succeeds in getting out of the deal, Twitter will still face problems it had before he moved to buy it. “Its user growth is slowing,” Williamson said in an email. “And while ad revenue is still growing marginally, Twitter is now dealing with a slowing economy that could squeeze ad spending on all social platforms.”