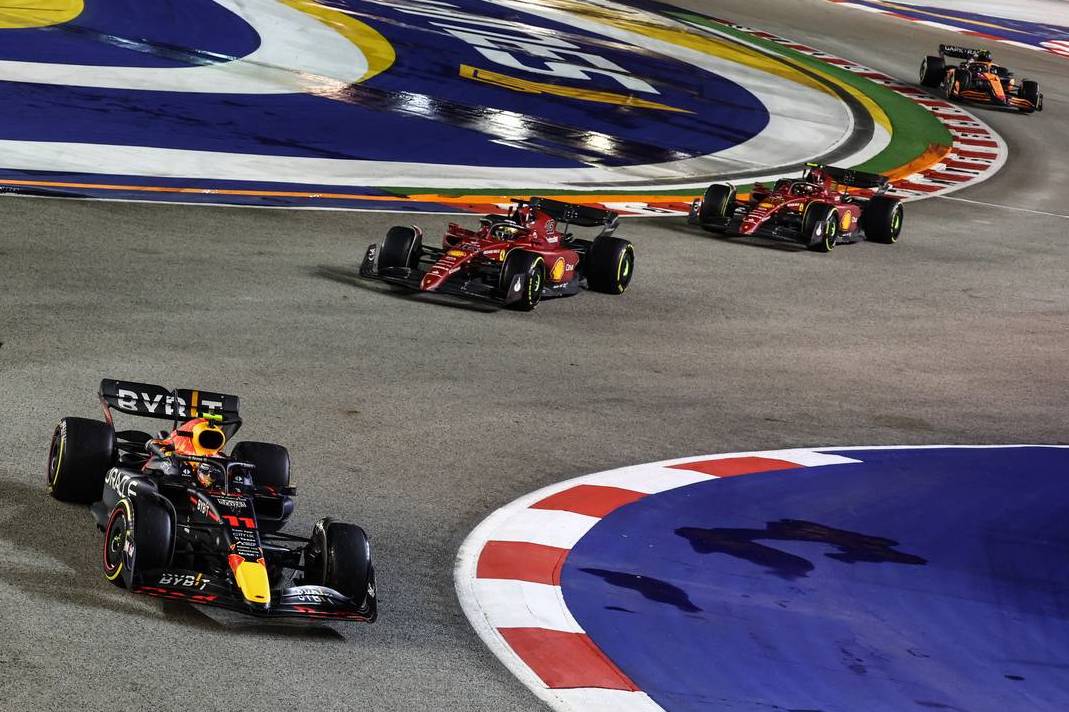 Ferrari boss Mattia Binotto says even a "minor" breach by an F1 team of its budget cap could result in a performance gain of half a second a lap. Formula 1 is bracing for Wednesday's release by the FIA of its 2021 cost cap audit that will either certify or disallow each team's account for last season. Ahead of last weekend's Singapore Grand Prix, rumors emerged in the paddock that Red Bull and Aston Martin have transgressed F1's cost cap regulations, a claim that both teams have denied. While most of the speculation surrounds Red Bull, who is believed to have outspent its 2021 budget, fixed at $145 million by the FIA, the word on Aston's infraction is that the breach by Lawrence Stroll's outfit is likely minor, or perhaps even linked to a procedural issue. But Binotto insists a minor breach - meaning a budget overrun of 5% or approximately $7 million – is not to be underestimated in terms of the potential performance such an amount can bring. ©Ferrari "Let’s wait until Wednesday before making a judgement but, whatever amount we are talking about, it’s important to understand that even if it is four million, which falls into the category of what is considered a minor breach, four million is not minor," the Ferrari chief told Sky Italia in Singapore. "For us, four million represents the development parts for an entire season. Four million means 70 people in a technical department who can come up with and produce solutions that could be worth up to half a second a lap. "So even if we are looking at something considered a minor breach, it’s not peanuts. "We are talking of half a second and that advantage is carried forward into subsequent seasons, because while it began in 2021, it still gives a competitive advantage in 2022 and 2023, so this is clearly an important matter. "It puts the credibility in general at stake. I hope that everyone has dealt with this exercise correctly, because otherwise it will be a very big problem to manage." Read also: Aston Martin: Cost cap breach claims 'surprising and upsetting' Speaking of the credibility of F1's budget cap system, Scuderia sporting director Laurent Mekies says the results of the FIA's audits will represent a "vital test" of F1's financial regulations. "It is a very vital test for the cost cap," Mekies said. "And, as we said, if we don’t pass that test, it’s probably game over, because the implications are huge. "Should we talk about penalties now? Probably not. I know, it’s probably what the people in the grandstands want to see and we respect that. "But in fact, we are much earlier in the process than that, and probably an even more key aspect of it, is there a breach? Do we agree on the entity of the breach and that, as a result, confirm the rule everybody is obeying? "I think what is very much crucial now is that the FIA fully enforce rules as they are written now. And then after the penalties are a different matter." Mekies admitted that issuing certifications to teams almost a year after the conclusion of a season is problematic, as the delay potentially allows a team to carry forward an ill-acquired advantage. "I think we know it’s one of the downside of these regulations but as we are seeing, we also know that there is more benefits and downsides in these regulations," he said. "And perhaps there is also an even more important matter in it: is that which advantage are you carrying forward to the following championships? Which is probably the first one we want to answer to. "So if there was a breach in 2021, what advantage is being carried out to 2022? And to 2023? And then after you can discuss the timing of the penalty, and how do you make the penalty meaningful?" Keep up to date with all the F1 news via Facebook and Twitter The post Ferrari: 'Minor' cost cap breach still potentially worth 0.5s appeared first on F1i.com.