Haas: Magnussen black and orange flag in Hungary 'a mistake' 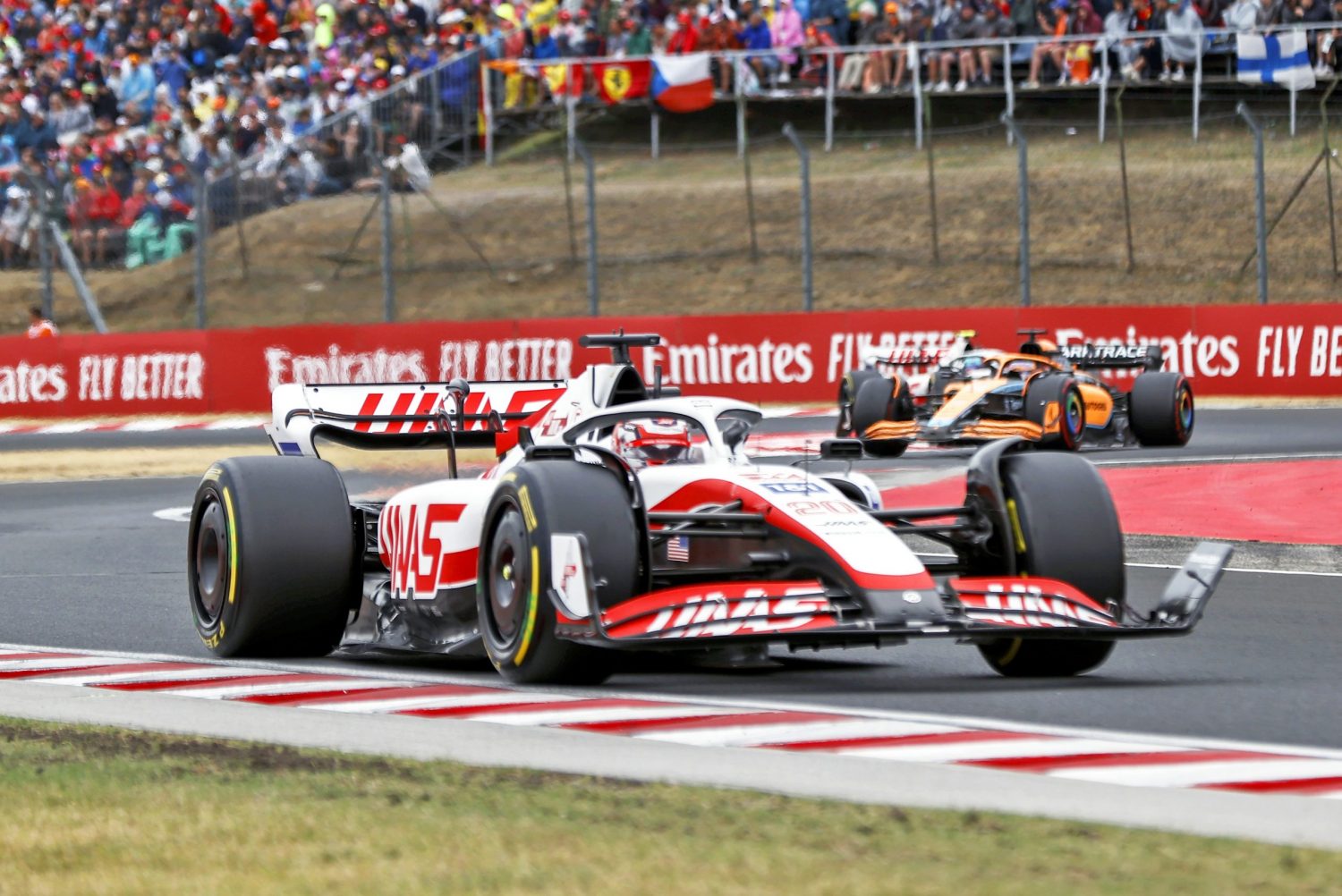 Haas team boss Guenther Steiner took exception with the Hungarian GP stewards' decision to wave the black and orange flag at Kevin Magnussen, calling the action "a mistake". Magnussen was showed the specific flag that mandates a pit stop following a contact on the opening lap of the race with McLaren's Daniel Ricciardo that damaged the Dane's front wing. But apart from a left endplate that was askew, Steiner ensured that the Haas front wing's integrity was intact. "It was a difficult race today for us," said the Haas chief. "Kevin with apparent front wing damage, which actually in our opinion was a mistake by the FIA to call us out on. "The front wing was clearly safe to continue so we lost half a lap and that means our race was over and then obviously to get the tyres to work was difficult once we ended up in all the blue flags." Read also: F1i's Driver Ratings for the 2022 Hungarian GP Magnussen crossed the checkered flag at the Hungaroring a distant 16th, but the Dane agreed that his fate was sealed when the stewards ordered him to pit. "Our race was compromised massively by having to pit for the black and orange flag," he confirmed. "I had slight contact at the start with one of the McLarens – I couldn’t avoid it – and it wasn’t that bad, so I was surprised to get the flag." ©Haas It was Haas' first race with its updated VF-22, a package assigned only to Magnussen in Hungary. And while he had nothing to show for his efforts in the race, he felt that his team's development work had hit "a bullseye". "It’s good that we are upgrading and working the way we are and it doesn’t look like a failure," Magnussen told Motorsport-Total. "It looks more like a bullseye." "We’ve taken what we could from the weekend in terms of data and testing and I think we saw some positive things. "We need to give it a bit more time so we can get some more performance out of it, but at least we brought an upgrade that does what we expected. We know the potential is there. "At least it doesn’t look like we’ve taken a step backwards with it. My car seems a little bit better and that’s positive." Keep up to date with all the F1 news via Facebook and Twitter The post Haas: Magnussen black and orange flag in Hungary 'a mistake' appeared first on F1i.com.