Ocon certain he can battle Verstappen if Alpine steps up 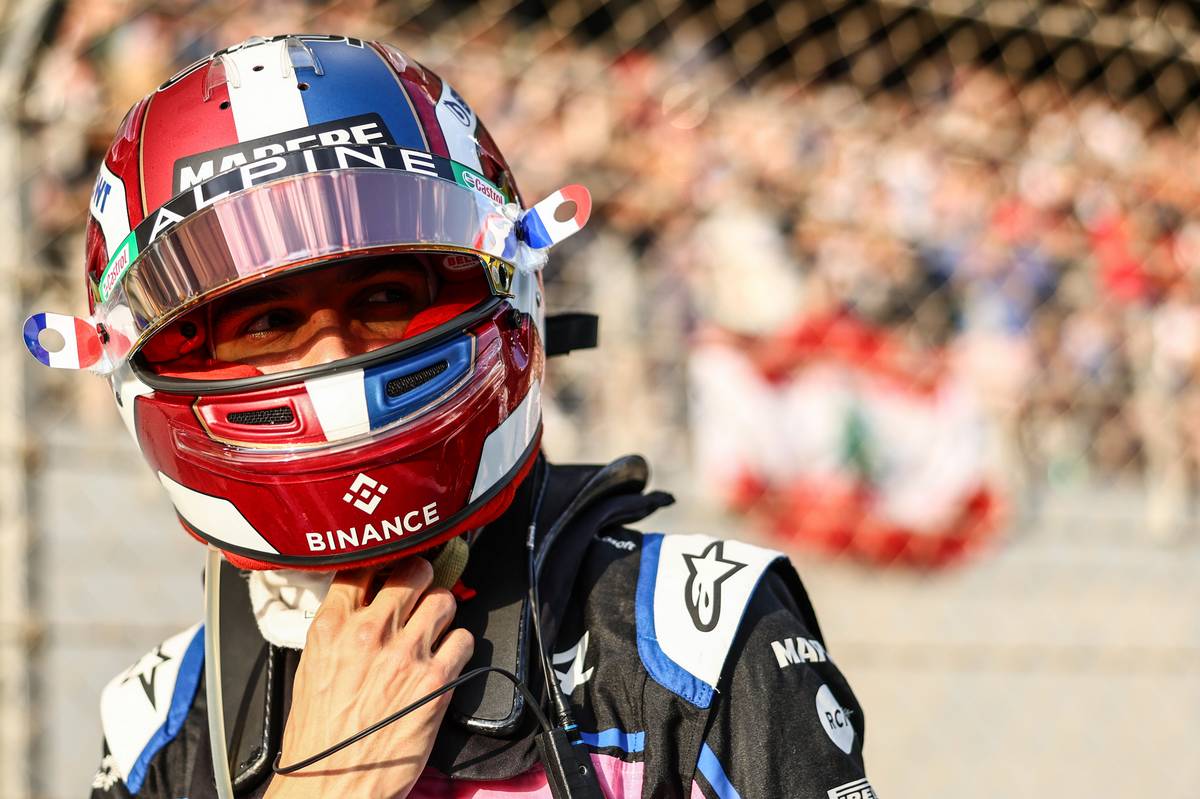 Esteban Ocon is convinced that he has what it takes to go toe-to-toe with Max Verstappen in the future, provided that the Alpine F1 team can give him a car capable of winning races. Ocon finished in fourth place in this year's Japanese GP and was fifth in Austria, but ended the season in eighth place in the drivers championship while Verstappen romped home to a second consecutive world championship. But that hasn't deflated the Frenchman's hopes for the future, or his estimation of his own capabilities compared to Verstappen. Read also: Ocon 'disappointed' by legend Alonso's unnecessary criticism "I am convinced of that, and I have to [be]," Ocon told Dutch publication NOS this week when asked if he really believed that he could compete with Verstappen if they were in equal equipment. "If you don't believe in yourself, you are already hopeless in this sport," he added. "I'm growing every weekend. Moreover the gaps between the teams will become smaller and smaller in the coming years. "I have a contract until the end of 2024 and this team is going to do everything it can to close the gap to the top. I have confidence in that and am fully committed." Ocon has good experience on which to base his claims. He and Verstappen battled on a regular basis as they worked their way through junior championships, and Ocon beat his rival to the 2014 European Formula 3 title. But since graduating to F1, Verstappen has won 35 races and two world championships while Ocon's maiden (and only) win came in 2021 at Hungary. And memorably, the pair came to blows after colliding on track in Brazil in 2019. "We get along fine now and have a lot of respect for each other," Ocon said after insisting that such animosity was firmly in the past these days. "I wish him all the best," Ocon continued. "He is simply a super talent now. Max is always and everywhere competitive and has been for years. "I've known it since I was a kid," he added. "Ever since karting, he dominated championships. After that he was fast in every car he was in. "His world titles are richly deserved," he acknowledged. "Last year I already thought so, and this year he is putting in a top season. I'm proud that a driver I grew up with is emerging like this. "Max is a shining representative of my generation, "he summarised. "He is one of the greats of this sport." Ocon himself made his F1 debut in Belgium in 2015 with Manor, and then moved to Force India for two seasons. He was forced to sit out 2019 and returned with Renault (now Alpine) in 2020 alongside Daniel Ricciardo. Fernando Alonso took over from Ricciardo in 2021. This year saw rising friction between the pair, with Alonso lashing out at Ocon after the pair collided on track in Brazil. "I was disappointed in seeing his comments after the race," Ocon said, adding that there was no need for the criticism from the two-time world champion. "I was a bit disappointed.” Alonso has now moved to Aston Martin, leaving Ocon with a new team mate on his hands for next year in the form of compatriot Pierre Gasly arriving from AlphaTauri. Much will depend on how the new partnership plays out in 2023 as to whether Alpine can retain or improve upon P4 in this year's constructors championship after coming out top in a close battle with McLaren. Gallery: The beautiful wives and girlfriends of F1 drivers Keep up to date with all the F1 news via Facebook and Twitter The post Ocon certain he can battle Verstappen if Alpine steps up appeared first on F1i.com.