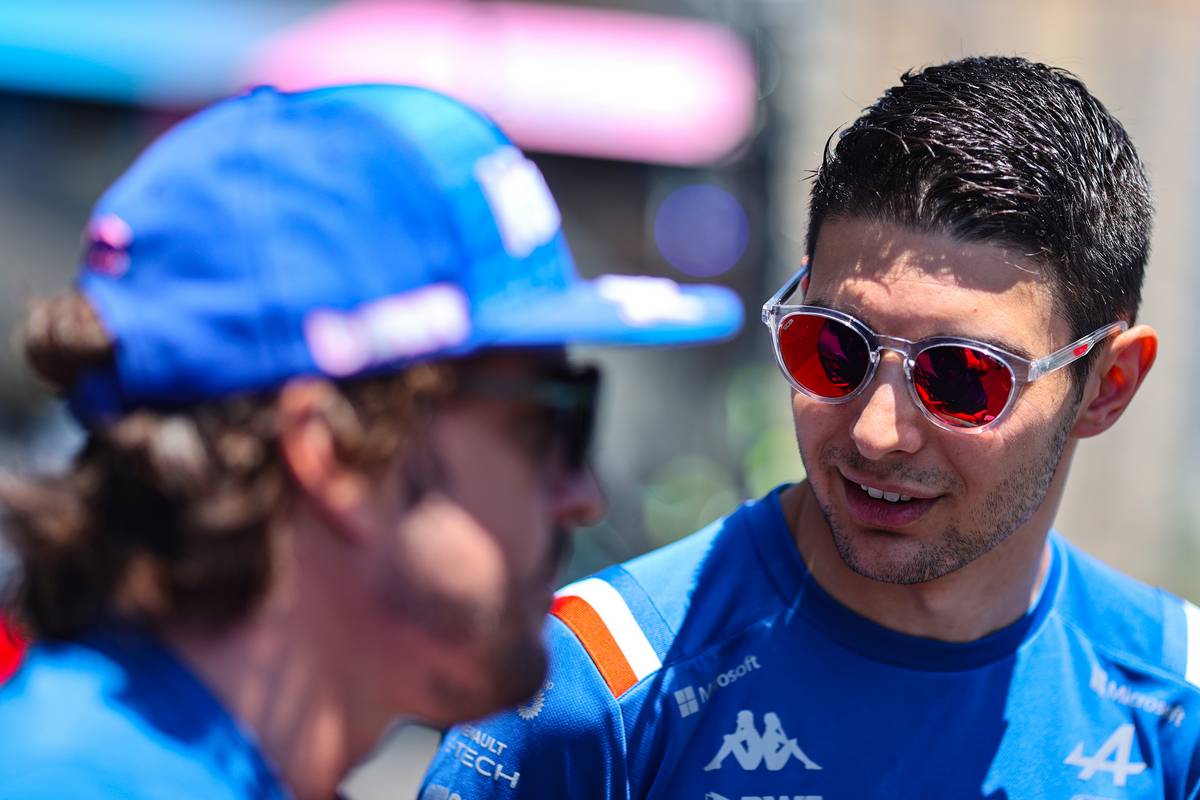 Esteban Ocon will forever consider Fernando Alonso as one of F1's legends, but the Frenchman regrets the acrimonious end to the pair's relationship at Alpine. During their two years of cohabitation at Alpine, Ocon never had any inhibitions about going up against his illustrious teammate and fighting wheel-to-wheel. But there were a few hairy moments and close call between the two drivers this season, like in Jeddah back in March when a tussle saw heart rates jump up on the Alpine pitwall. However, things came to a head in Brazil earlier this month when Alonso blasted Ocon for two separate clashes in the Sprint event at Interlagos that ruined both driver's race. Read also: Szafnauer: Alpine 2023 line-up better thanks to Piastri exit After the event, Alonso took aim at his Alpine teammate, saying that "it’s far from ideal when it’s your teammate, but it’s been a little like this [with Ocon] all year long". Alonso then made clear that his spell at Alpine couldn't end soon enough, adding "it’s one more race and then it’s over, finally". However, the stewards in Brazil disagreed with the Spaniard's view and handed him a five-second penalty for his collision with his teammate on the main straight. While the two drivers were given a proper dressing down by their team in the aftermath of their run-ins, there was no heated debate directly between the pair and the matter was closed by the time everyone reconvened in Abu Dhabi for F1's season finale. But Ocon admitted to being disappointed by Alonso's acrimonious reaction and criticism. "It’s no secret that I was disappointed in seeing his comments after the race," said the Frenchman at Yas Marina. "There was no need for some [of the] criticism that he has done." "But I respect him a lot. I will forever respect him for what he has done on the track over the years. He’s a legend of the sport and that won’t change – but I was a bit disappointed.” Ocon concluded his 2022 campaign in Abu Dhabi with a solid drive to P7 on Sunday, while Alonso's evening was undermined by a water leak issue that led to his retirement after 27 laps. In the Drivers' championship, Ocon was classified eight, or 11 points and one place ahead of Alonso. Keep up to date with all the F1 news via Facebook and Twitter The post Ocon 'disappointed' by legend Alonso's unnecessary criticism appeared first on F1i.com.