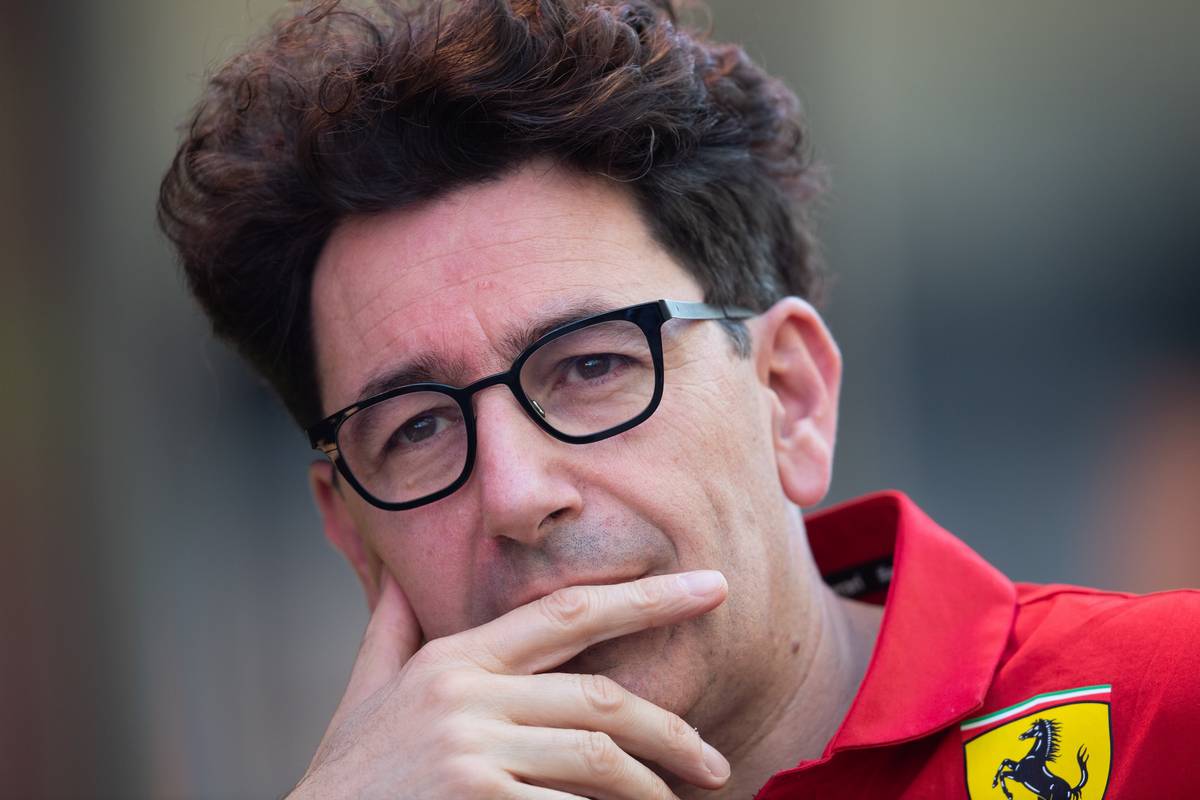 Ferrari has confirmed that team principal Mattia Binotto is to leave the squad at the end of the year. This departure has been the subject of wide speculation for the last few days after the Italian media reported that he had submitted his resignation to Ferrari president John Elkann. In a statement released by the team on Tuesday morning, Ferrari said that "it has accepted the resignation of Mattia Binotto who will leave his role as Scuderia Ferrari Team Principal on December 31." Read also: Binotto exit imminent as media report revives rumours "With the regret that this entails, I have decided to conclude my collaboration with Ferrari," Binotto is reported as saying. "I think it is right to take this step at this time as hard as this decision has been for me. "I am leaving a company that I love, which I have been part of for 28 years, with the serenity that comes from the conviction that I have made every effort to achieve the objectives set. "I leave a united and growing team. A strong team, ready, I’m sure, to achieve the highest goals, to which I wish all the best for the future. "I would like to thank all the people at the Gestione Sportiva who have shared this journey with me, made up of difficulties but also of great satisfaction.” ©Ferrari Ferrari chief executive officer Benedetto Vigna responded: “I would like to thank Mattia for his many great contributions over 28 years with Ferrari and particularly for leading the team back to a position of competitiveness during this past year. "As a result, we are in a strong position to renew our challenge, above all for our amazing fans around the world, to win the ultimate prize in motorsport. "Everyone here at the Scuderia and in the wider Ferrari community wishes Mattia well for the future.” The team said that a replacement for Binotto would be finalised in the new year, and that the process was already underway. Binotto was part of the Ferrari set-up during Michael Schumacher's run of championships in the early 2000s. He became head of the engine department in 2013 and was replaced James Allison as chief technical officer in 2016. In 2019 he was promoted to the role of team principal succeeding Maurizio Arrivabene. Although this year started well for the team, with Charles Leclerc pulling out an initial lead over Red Bull rival Max Verstappen, a series of mistakes and mishaps eventually saw Verstappen secure an emphatic second championship. Leclerc did manage to finish as runner-up after coming second in the Abu Dhabi season finale ahead of Verstappen's team mate Sergio Perez. Gallery: The beautiful wives and girlfriends of F1 drivers Keep up to date with all the F1 news via Facebook and Twitter The post OFFICIAL: Binotto steps down as Ferrari F1 team principal appeared first on F1i.com.