Ricciardo should have stayed at Red Bull, says Verstappen 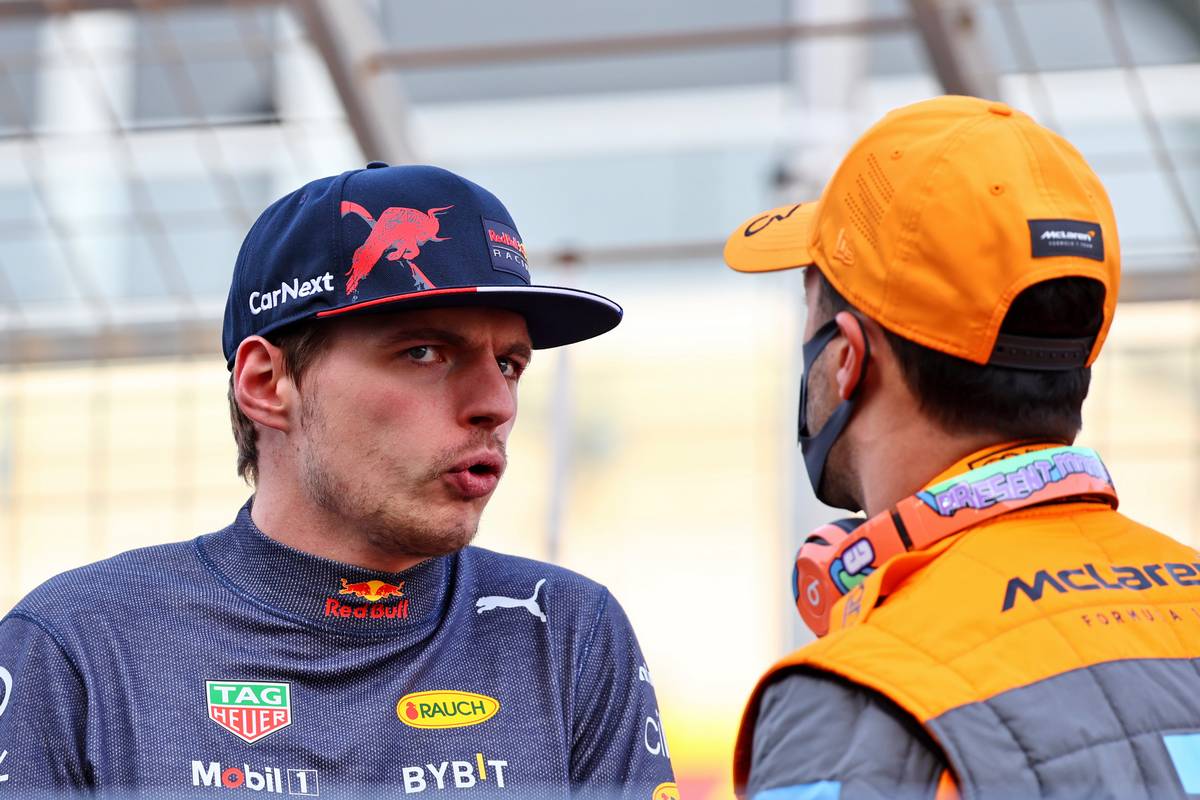 Max Verstappen says that former team mate Daniel Ricciardo should never have left Red Bull at the end of 2018. The Australian's decision to leave Red Bull and head to Renault came as a shock to everyone in the Formula 1 paddock at the time. And Ricciardo followed that up with another surprise when he subsequently decided to leave Renault for McLaren in 2021, even before the COVID-delayed 2020 season got underway. But despite picking up two podiums with Renault, and winning the Italian GP with McLaren in 2021, Ricciardo has not been able to match the level of performance he enjoyed at Red Bull. Read also: Brown says Red Bull role could speed Ricciardo's return Ricciardo made his F1 debut at Silverstone in 2011 with HRT and then had two seasons with Toro Rosso before graduating to the senior Red Bull team in 2014 alongside Sebastian Vettel and subsequently Daniil Kvyat. But Verstappen's arrival in 2016 increasingly led to Ricciardo feeling he was being relegated to second class status within the team, leading to his decision to leave for somewhere he would be the team leader. Verstappen says that this was a mistake, with Ricciardo now returning to Red Bull as their 'third driver' having ended his McLaren contract a year early following a disappointing run of form. “It would have been better for Daniel if he had stayed longer at Red Bull at the time,” Verstappen told Dutch motorsports magazine Formule1.nl. "I did talk to him about it [at the time]," he confirmed. "It’s also about feeling comfortable somewhere, that was no longer the case at one point. “Then you have to look at alternatives and make the trade-off between sporting success and feeling good somewhere. "Everyone at Red Bull had his best interests at heart," Verstappen insisted. "Instead of leaving he could have talked to the team about it, but it turned out the way it did. “Now Daniel will be reserve driver with us," he continued. "So we don’t have to start missing his character in Formula 1! “Daniel comes across well and laughs a lot, but in the end it’s not about the laughs it’s about the performances," he acknowledged. “Daniel has certainly delivered those in the past. "But in F1, the rule is that you are only as good as your last race.” “His timing was spectacularly bad," Red Bull team principal Christian Horner told The Weekend Australian when asked about Ricciardo's 2018 exit. ©McLaren It's understood that Ricciardo's role will be more of a brand ambassador role after ruling out being a full-time reserve driver, with plans to attend “a maximum of a dozen races” out f 24 in 2023. “I still want to race,” he told formel1.de. "But personally, it will be nice for me to spend some time away from travelling and, let’s say, everything else. “Will I attend some races? Vegas, for sure. I will invite myself there. Then, Australia, of course. That goes without saying." The 33-year-old from Perth has started 232 races during his time in F1, with three pole positions, eight wins, 32 podiums and a total of 1311 career points to his credit during his time at the top level of motorsport. But this season he's finished in P11, tied on 37 points with former team mate Vettel having finished in the top ten on only eight occasions, most recently in the season finale in Abu Dhabi. In contrast, his current team mate Lando Norris was seventh in the final standings on 122 points although McLaren missed out on retaining fourth place in the constructors championship to Alpine. The team will now have another Australian, former Formula 2 champion Oscar Piastri, in their driver-line-up for 2023 alongside Norris.t really be enjoyed or celebrated, it’s a bit of a shame.” Gallery: The beautiful wives and girlfriends of F1 drivers Keep up to date with all the F1 news via Facebook and Twitter The post Ricciardo should have stayed at Red Bull, says Verstappen appeared first on F1i.com.