Sargeant kept 'out of the loop' on F1 chance with Williams 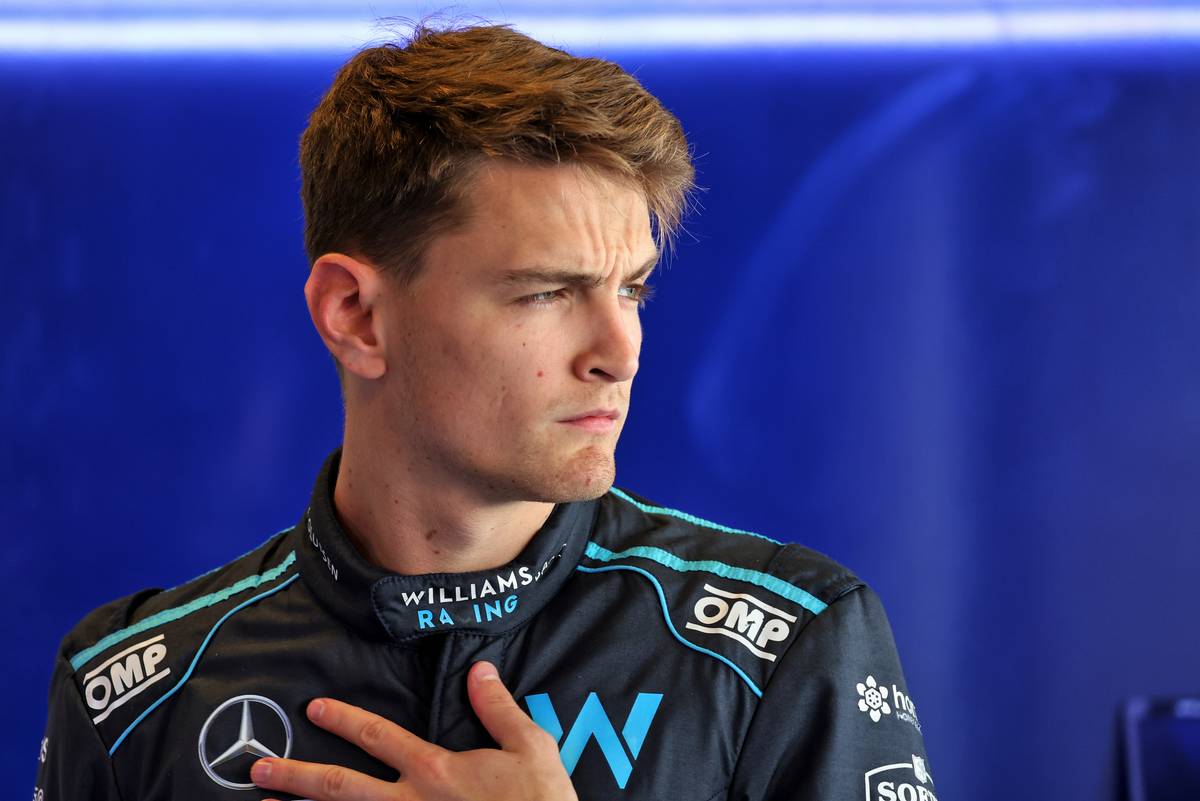 Logan Sargeant says he wasn't made fully aware of his opportunity to race in F1 with Williams in 2023 until the Italian Grand Prix at Monza where his prospects became "concrete". On Monday, Williams officially confirmed the young American driver's race seat with the team for next season in the wake of the 21-year-old securing his Super Licence points after his final race in the FIA Formula 2 Championship in Abu Dhabi. Sargeant concluded his campaign in the feeder series on Sunday fourth in the championship, which was more than enough for him to be granted F1's mandatory visa. In Austin last month, Williams boss Jost Capito had revealed that Sargeant – a member of the Grove team's driver academy since October 2021 – would likely be promoted to a race seat in F1 for 2023, assuming he would qualify for a Super Licence. But that obviously wasn't the first time Sargeant was made aware of his big chance of joining motorsport's elite. "To be honest, I was kind of kept out of the loop on that," he said, when asked by Formula1.com when he found out that he was in contention for a race seat in F1 with Williams. "I think that was more done between my managers and Williams. "I wasn't made aware of that until after Monza. That was when it pretty much became concrete as long as I achieved my Super Licence, and I think they decided to tell me early in order to prep as best as I could and be as ready as I could for the last round." Read also: Williams confirms Sargeant race seat for 2023 Astonishingly, only two American drivers – Scott Speed and Alex Rossi - have raced in F1 in the past two decades, and neither managed to establish themselves in the sport. But Sargeant is determined to work hard to avoid his countrymen's short-lived experience. "I feel like as long as I prepare the best I can physically and mentally, put my time in at the factory in Grove and do everything I possibly can to be the best driver I can be, I have to live with that, he said. "Hopefully, that is good enough to stay in F1 for a long time." While Williams and Sargeant's entourage was confident of the young gun securing his all-important Super Licence, there was always a chance until last Sunday's F2 feature race that fate could throw a wrench into the works. "A bit of a weight off my shoulders when we got the job done," Sargeant admitted. "[I was] trying to find that balance between risk and reward really. It was actually not as much pressure as expected because going into the weekend, I had become quite understanding of what was at stake and quite at peace with it. "So, I just took the pressure off. I knew if we executed the way we could and had the same pace that we've had all year that everything would fine. But for sure in the races, I had to find a good balance between over-aggressive and under-aggressive I guess you could say." Keep up to date with all the F1 news via Facebook and Twitter The post Sargeant kept 'out of the loop' on F1 chance with Williams appeared first on F1i.com.