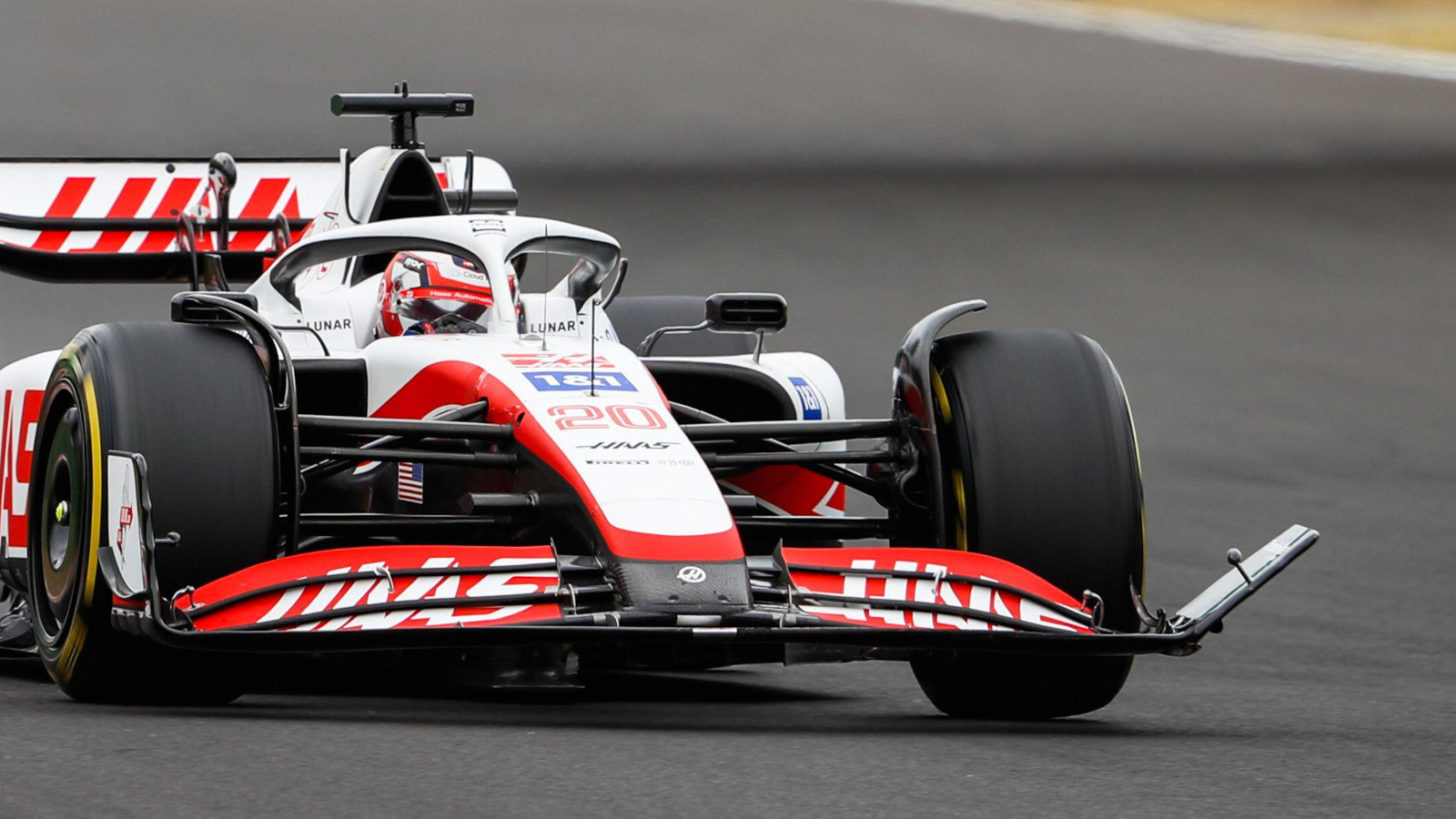 Guenther Steiner says it was a “mistake” for the FIA to show Kevin Magnussen the black-and-orange flag in Hungary as his front wing was “clearly safe”.

Lining up P13 for the Hungarian Grand Prix, Magnussen made a great start and was already in a points-paying position at the end of the first lap.

However, he was also running with a broken front wing endplate that was listing to the side.

While Haas initially kept the driver out, the FIA deemed the broken front wing to be a danger and showed him the black-and-orange flag which meant he had to pit for repairs.

Steiner says that was a mistake.

Lap 6/20: It’s a repeat of Canada as Kevin is shown a black and orange flag for minimal front wing damage.

He exits down in P20. #HaasF1#HungarianGPpic.twitter.com/Q3h6AnKc3X

“Kevin with apparent front wing damage which actually in our opinion was a mistake by the FIA to call us out on,” said the Haas team boss.

“The front wing was clearly safe to continue so we lost half a lap and that means our race was over.”

It is the second time this season Magnussen has been shown that flag for a broken front wing, the Dane also ordered to pit in Canada after Esteban Ocon’s gamesmanship complaint.

“Our race was compromised massively by having to pit for the black and orange flag,” he said.

“I had slight contact at the start with one of the McLarens – I couldn’t avoid it – and it wasn’t that bad, so I was surprised to get the flag.”

Lapping outside the points both Magnussen and his team-mate Mick Schumacher had tyre troubles in the cooler conditions, both drivers struggling to get their hard Pirellis working.

That too cost them, says Steiner.

“Obviously to get the tyres to work was difficult once we ended up in all the blue flags,” he explained.

“It was the same for Mick, the C2 just wasn’t working, we didn’t get it to work, and we ended up where we ended up.”

“It was a difficult race today for us,” he added.

“Unfortunately, that was the race before the summer break but I’m sure we’ll regroup and come back in our old form not having issues like this.”

Haas’ disappointment at not scoring was compounded by the fact that it was the team’s first race in the upgraded VF-22, although only Magnussen had the new parts.

He out-qualified Schumacher in the old spec Haas by three-tenths but lost out to his team-mate in the grand prix, P16 to Schumacher’s 14th-placed finish.