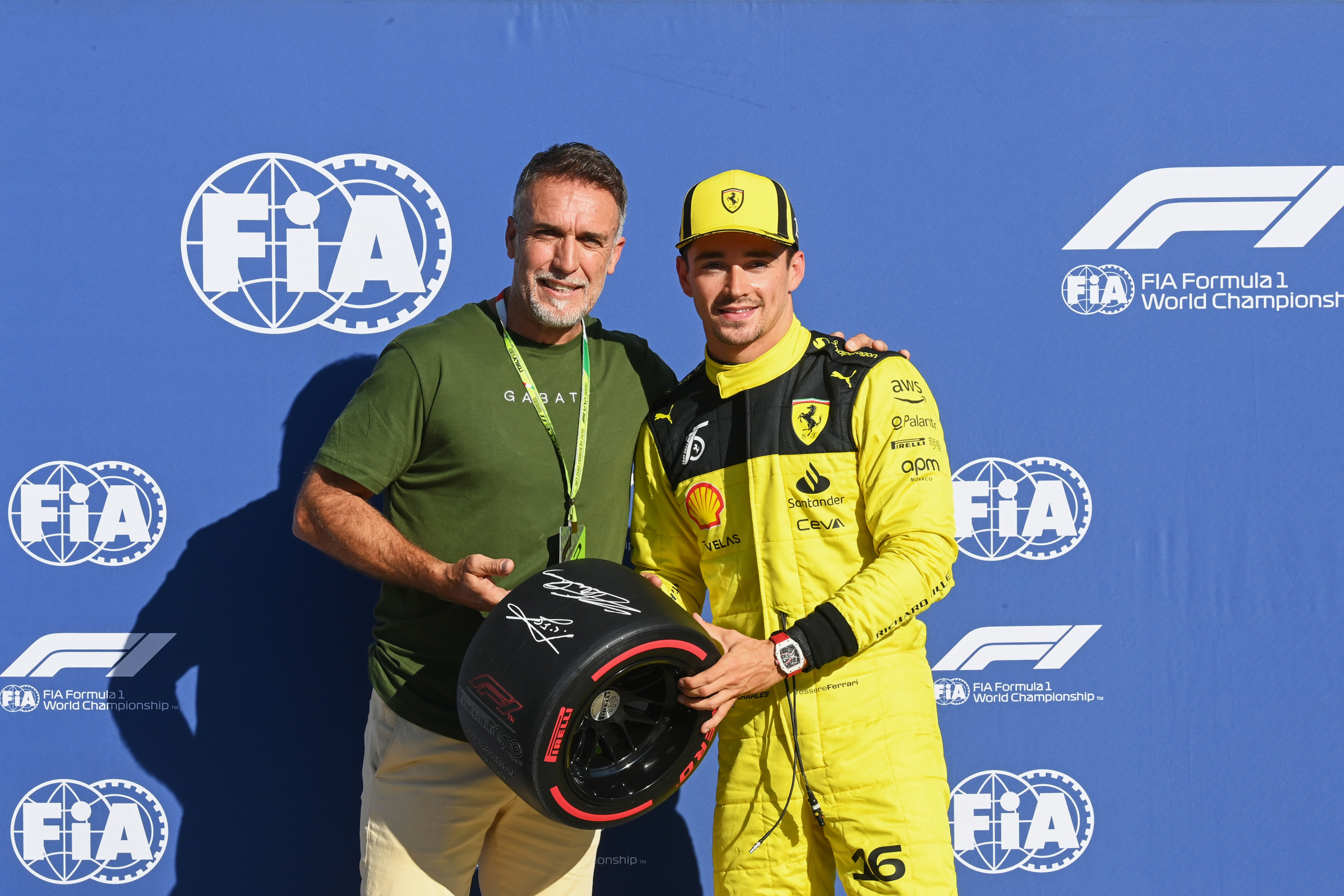 Charles Leclerc delighted the Tifosi to take his eighth pole position of the season at Monza, with George Russell securing a front-row start after penalties for other drivers.

Max Verstappen, Carlos Sainz, Sergio Perez and Lewis Hamilton rounded out the fastest five in qualifying, but penalties for the quartet behind Leclerc drop them to fourth, eighteenth, tenth and nineteenth respectively. This has promoted the British duo of George Russell into second and McLaren’s Lando Norris into third place, on what will be a poignant weekend for the many Brits associated with Formula One after the death of Queen Elizabeth II.

Leclerc took advantage of a tow from Norris to go fastest with his final run in Q3, setting a 1:20.161 for his second pole position at Monza, and his seventeenth overall. Verstappen was a tenth and a half behind but will be confident that the Red Bull’s superior race pace can take him to an eleventh victory of the season.

First qualifying started in baking hot conditions in Monza, and there were plenty of drivers struggling to find grip in the early stages, as Mick Schumacher and Lance Stroll both had to react quickly to prevent their cars from spinning on their first runs. It was Ferrari who set the early pace, but with degradation extremely low around a circuit with very-few high load corners, drivers could stay out there for lap after lap – with Max Verstappen eventually going quicker than the Ferraris on his fourth run.

Haas were left wishing they had time to get even more runs in, as both drivers struggled to stay on track in the latter stages of the session. Kevin Magnussen had two laps deleted for track limits as he qualified nineteenth (sixteenth after penalties), ahead of his teammate Mick Schumacher, who went straight on at the Rettifilo chicane. Joining the Haas’ on the sidelines for Q2 was Nicolas Latifi, whose chances of retaining his seat will have taken a knock after being out-qualified by Nyck de Vries on debut, and the Aston Martin pairing of Sebastian Vettel and Lance Stroll.

Due to the nature of the Monza circuit, no one wants to be out on track first and give the rest of the field a handy slipstream on their hot laps. Once cars began to make their way out onto the circuit, it was Ferrari who again set the pace, despite Leclerc needing a second lap on his first run after locking up at Turn One.

Alpha Tauri decided not to bother sending Yuki Tsunoda out in Q2, with the Japanese driver having multiple driving and power-unit penalties, consigning him to a back of the grid start tomorrow. Only Daniel Ricciardo managed to pull himself out of the bottom five after the first runs, securing his first Q3 appearance since the summer break.

Esteban Ocon, Valtteri Bottas, Nyck de Vries, Zhou Guanyu and Tsunoda were the drivers to miss out in Q2, with de Vries having a major moment on the brakes into the second chicane, on what was a promising debut for the Dutch driver. Starting eighth tomorrow, in a car that is notoriously slippery in a straight line, it wouldn’t be a major surprise to see him score points on his F1 debut.

The first runs in Q3 saw Carlos Sainz go fastest, with his teammate Leclerc slotting in just behind, as the drivers alternated who would get the benefit of the tow. This proved to be the decisive factor on the final laps, with Leclerc’s double slipstream from Sainz and Norris potentially giving him the edge.

Daniel Ricciardo was eighth fastest and will start from fifth around the circuit where he took victory twelve months ago. Pierre Gasly and Fernando Alonso will start sixth and seventh, having both been caught out with track limits in the final qualifying session and failing to get a time on the board.

Ferrari has removed some upgrades from their car for Monza, and these changes look to have had the desired effect, certainly in qualifying. However, Leclerc has failed to convert any of his last five pole positions into a victory, with the Monegasque driver needing to end this streak tomorrow if he wants to keep his slim championship hopes alive.