After latest NASCAR wreck, Denny Hamlin has had it with Ross Chastain: ‘I’ve reached my peak’ 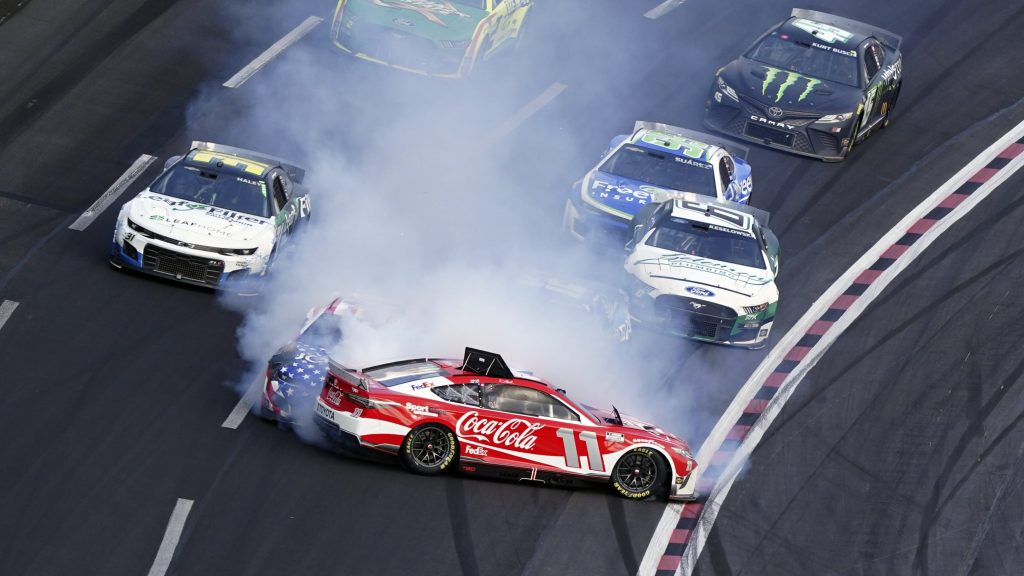 Welcome to FTW’s NASCAR Feud of the Week, where we provide a detailed breakdown of the latest absurd, funny and sometimes legitimate controversies and issues within the racing world. If Ross Chastain previously thought payback from Denny Hamlin was on hold, he might want to reconsider that because, as Hamlin put it, he’s “reached peak” when it comes to Chastain’s on-track aggression. Previously, the two drivers had a bit of a feud stemming from an incident at at World Wide Technology Raceway at Gateway back in early June — when Chastain also tangled with Chase Elliott. And the tension between Chastain and Hamlin only increased Sunday at Atlanta Motor Speedway when Chastain, again, wrecked Hamlin, this time with only a few laps to go in the Quaker State 400, which Elliott ended up winning. Now, Hamlin’s had it with the No. 1 Chevrolet driver. Let’s break it down. Your browser does not support iframes.