Ross Chastain on his ongoing NASCAR feud with Denny Hamlin after Pocono wreck: 'I had that one coming' 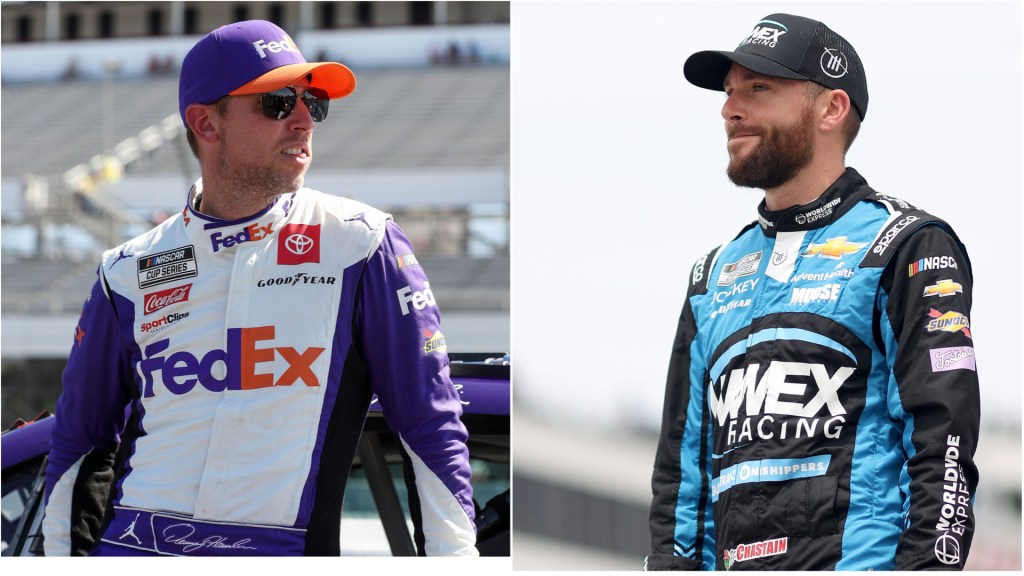 Welcome to FTW’s NASCAR Feud of the Week, where we provide a detailed breakdown of the latest absurd, funny and sometimes legitimate controversies and issues within the racing world. Denny Hamlin had a tremendously eventful Sunday at Pocono Raceway — though things didn’t exactly turn out in his favor. The No. 11 Joe Gibbs Racing Toyota driver finished first in the M&M’s Fan Appreciation 400 at the “Tricky Triangle” track, ahead of teammate Kyle Busch in second. But afterward, both the No. 11 and Busch’s No. 18 Toyota failed post-race inspection, and the two teams were disqualified. However, that’s not what we’re here to talk about. Instead, we’re focusing on the final laps at Pocono and the ongoing on-track drama between Hamlin and Ross Chastain. At this point, it’s becoming less of a feud and more of a summer saga between these two drivers, who are surely both fed up with each other. A few weeks ago after the Atlanta Motor Speedway race, Hamlin even said he was out of patience with Chastain: “I’ve reached my peak.” Let’s break down what happened in this latest clash Sunday at Pocono.