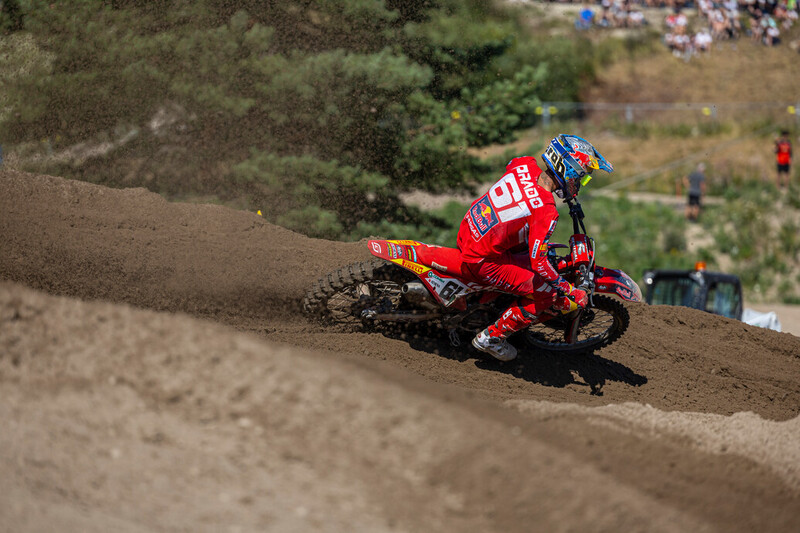 The team that will defend the colors of Spain in the most important race of the year, the Motocross of Nations, which, this year, will be held at the Redbud MX in the USA on the weekend of September 24 and 25, has now been confirmed. The three riders selected by Paco Rico make us dream of achieving very important things. Captaining the Spanish army, in the MXGP category, the two-time MX2 World Champion and Factory GASGAS rider, Jorge Prado, will compete. Rubén Fernández will be at MXOpe , the HONDA rider who also knows what it’s like to get on the MXGP podium this year and who is demonstrating a very high level and magnificent state of form. And the third rider of the team, who will race in the MX2 category, will be the youngster from KTM, Guillem Farrés . The team will have José Antonio Butrón as a reserve rider, current leader of the EMXOpen European Championship and champion of Spain in EliteMX1 this year, ready to defend, if necessary, the colors of Spain in any of the three categories as he has done so many times before. Paco Rico, national coach: “We are possibly one of the youngest teams on the grid and made up of top-level riders who can make us dream of everything this year. I hope we can have good day and can show our potential and involvement with the Spanish team. I am very clear that this new generation of riders has many numbers to take us to finally step on the drawer in these coming years. We have already seen Jorge and Rubén climb the podium together this year in MXGP and Guillem has shown his level internationally in MX2, something that has not gone unnoticed by the big teams and a very promising future awaits him. I’m sure they will give everything to get a great result. I want to thank the total support and effort of the RMFE so that the Spanish team is present in the MXON of the USA”. MXGP rider: Jorge Prado MX2 rider: Guillem Farres Open rider: Ruben Fernandez Words: Press Release Pic: Juan Pablo Acevedo The post Spain select MXoN team for RedBud appeared first on GateDrop.com.