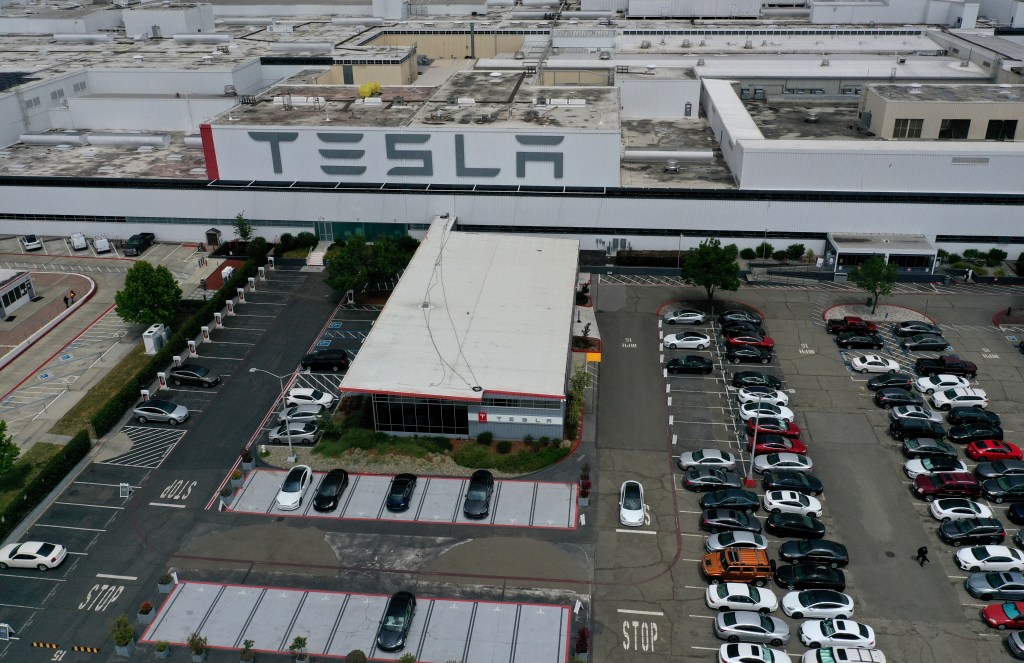 Tesla Inc. is sending engineers and production staff from its recently upgraded Shanghai factory to its plant in Fremont, California, in a bid to boost production at the US facility, according to people familiar with the plans. The Elon Musk-led carmaker will dispatch staff — in particular automation and control engineers — to assist efforts to increase output in Fremont, where Tesla produces the Model S, X, 3 and Y vehicles, the people said, asking not to be identified because the information is private. About 200 people will head to California on assignments that will last at least three months, one of the people said. The first workers are setting off as soon as this month, the person added. A representative for Tesla in China declined to comment. Tesla shares rose as much as 2.1% to $232.38 before the start of regular trading. Tesla delivered a record 83,135 cars in China in September after increasing the capacity of its Shanghai factory. The upgrade of the company’s first plant outside of the US, which entailed machinery maintenance and improvements overseen by automation and control engineers, took about five weeks. This helped double the factory’s annual capacity to around 1 million vehicles, Bloomberg News has reported. Fremont can produce about 650,000 cars a year. The uptick in production has contributed to shortening wait times for a Tesla in China to one to four weeks, from a peak of as long as 22 weeks earlier this year, according to the automaker’s website. Last week, the company cut prices across its lineup to attract buyers in the face of tougher competition from local manufacturers including BYD Co., which is also expanding globally. By comparison, customers ordering a Model Y sport utility vehicle in the US may have to wait until as long as April 2023 for delivery, Tesla’s website shows. In its third-quarter deliveries report, the company said it’s increasingly had trouble transporting vehicles from its factories to customers. Related Articles Business | Source: Musk has taken control of Twitter, ousted top execs Business | Elon Musk has a week to close Twitter deal or face trial Business | Elon Musk says Tesla will be bigger than Apple. Analysts say not so fast Business | Tesla wants new trial over extent of alleged ‘Jim Crow era’ racism at Fremont factory Business | Letters: Income inequality | Protect kids | Kumar unqualified | Mahan for mayor | Energy reliability | Catalytic converters “There weren’t enough boats, there weren’t enough trains, there weren’t enough car carriers to actually support the wave” of vehicle deliveries at the end of the last quarter, Musk said during Tesla’s earnings call. “Whether we like it or not, we actually have to smooth out the delivery of cars intra-quarter, because there just aren’t enough transportation objects to move them around.” Tesla delivered 343,830 cars worldwide last quarter and expects to come up just shy of its target for 50% growth this year, a rate it’s forecast will be its average over several years. The company opened new factories in Germany in March and in Texas a month later. More stories like this are available on bloomberg.com ©2022 Bloomberg L.P.