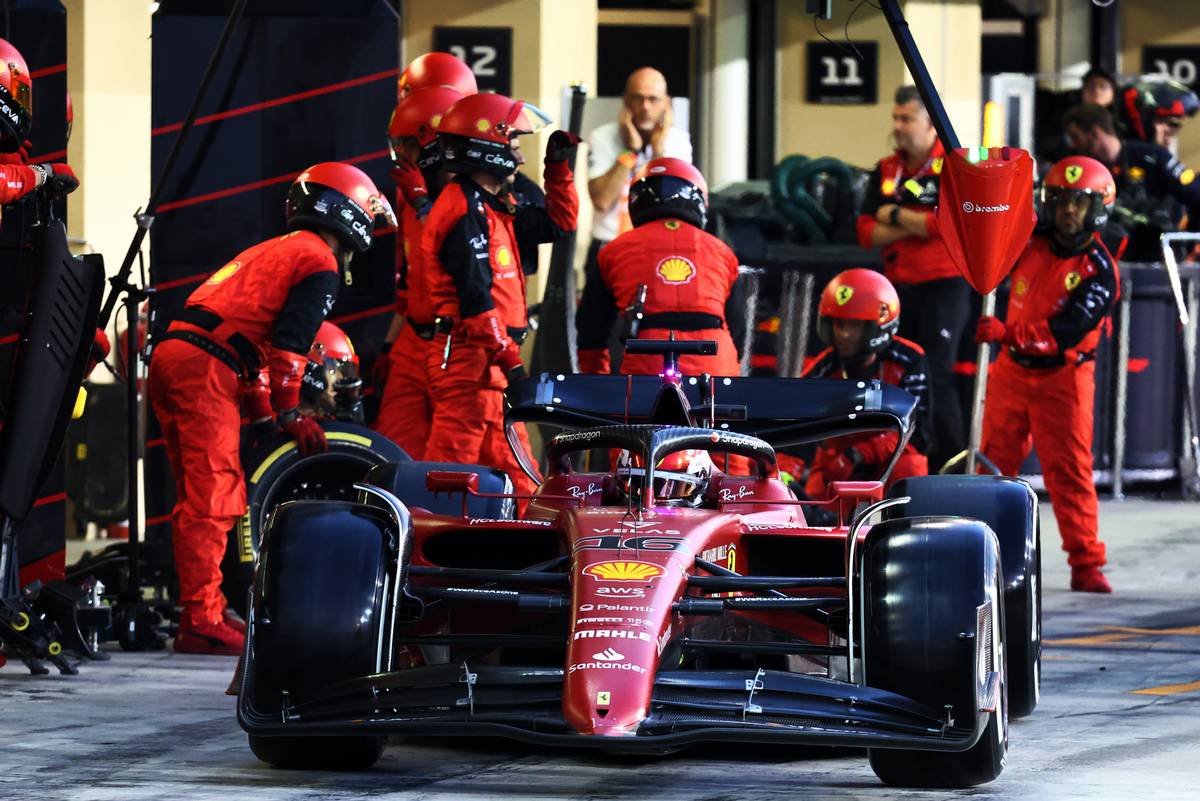 Mattia Binotto praised Ferrari's crews for their perfect execution in Abu Dhabi of Charles Leclerc's one-stop strategy that allowed the latter to defeat Red Bull's Sergio Perez for second place in the race. For all of the Scuderia's costly missteps this season when it came to formalizing the team's strategies or timing its drivers' pitstops, Sunday's execution at Yas Marina was a flawless affair. Leclerc was running third behind Perez in the opening stages of the race when he swapped his softs for a set of hards on lap 21. Unbeknownst to Red Bull, Ferrari's strategists had devised a one-stop plan for Leclerc, but to allow the latter to gain an upper hand on Perez the team sent out a dummy call on lap 33: "Box, opposite Perez". Red Bull immediately called the Mexican in for a fresh set of softs while Leclerc powered ahead, managing his tyres with the intent of reaching the end of the race without undertaking a second stop. Read also: Ferrari's Leclerc 'really, really happy' to finish in P2 The plan worked like a dream, and left Perez chasing his Ferrari rival in the closing stages of the race but coming up short by 1.3s at the checkered flag. "We were flexible with both drivers because we knew it would have been somewhere in between the one or the two [stop strategy]," Binotto told the media after the race. "Charles had a bit more margin on the cars behind and could save more of the tyres which gave him the benefit to go for the one-stop. "It was great to see the team being flexible in choosing one driver [to go on the one-stop] and the second [on a two] to optimise the race results. "The dummy call on the Red Bull was fantastic. Certainly we did a proper job, and overall, we made it right so I'm happy for the team. "When Ferrari has been making mistakes, there is always a lot of criticism, but I know that these guys can do very well." Leclerc, who did his part by perfectly managing his tyres during both his stints, was equally appreciative of his crews' impeccable call and timing. "I don’t think we have the pace of the Red Bulls still, and our goal from the beginning was to try and push Checo do something different, which we did perfectly," said the Monegasque. "And again, with a great tyre management, we made the one-stop work, which eventually got us the second place." Leclerc was often on the receiving end of Ferrari's strategy blunders this season, but the five-time Grand Prix winner admits his team has undeniably learnt from its mistakes and improved. "I think we really did some step forwards in terms of strategy and the way we have been taking decisions recently, in the last few races," he said. "Unfortunately, it was a bit more difficult to show it because the pace is not as good as the beginning of the season. But I’m confident that in terms of pace, we will manage to catch Red Bull back next year." Keep up to date with all the F1 news via Facebook and Twitter The post Binotto praises Ferrari strategists for 'fantastic' Leclerc dummy call appeared first on F1i.com.