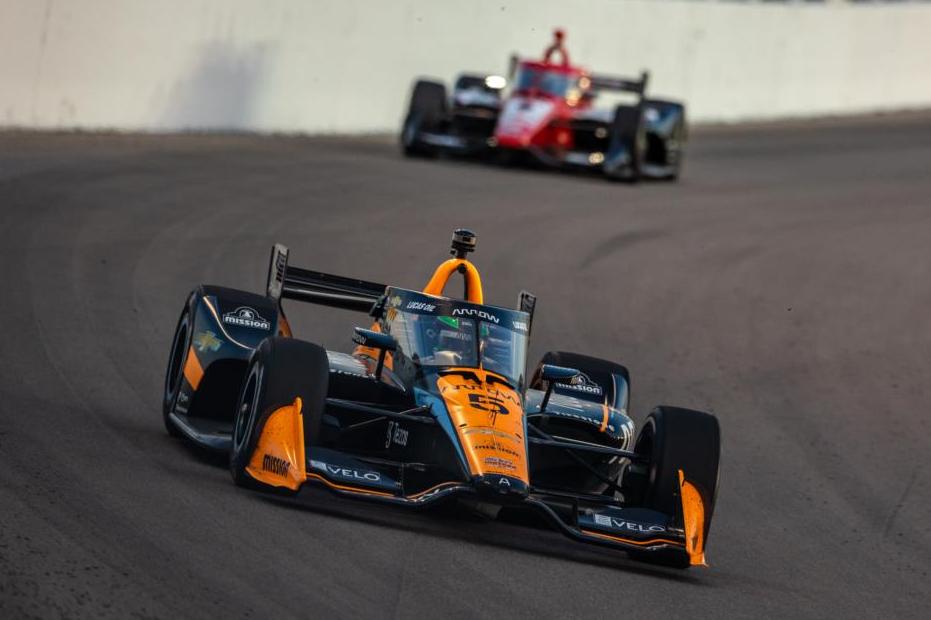 Pato O'Ward believes that IndyCar's oval tracks are unfairly perceived by most F1 drivers, the Arrow McLaren SP driver insisting once again that Daniel Ricciardo "would love" the American series. After parting ways with McLaren, Ricciardo will serve as Red Bull's third driver next season during which he will conduct sim work for the team as well as marketing activities as he takes a step back from a full-time involvement in F1. Given his limited prospects in F1, but also his love for America where he spends a lot of his time, Ricciardo is often touted as an ideal candidate for IndyCar. But the eight-time Grand Prix winner has consistently expressed his uneasiness with IndyCar's ovals, recently commenting “f*** that, ovals scare me”. ©IndyCar While O'Ward respects the Aussie's fears, the Mexican still believes that his former McLaren colleague should give IndyCar a shot, insisting he "would fit right in". "I did see online that he didn’t want to do ovals, which I respect," said O’Ward, quoted by Motorsport.com. "But I think Daniel would love it. I really think he would fit right in. And does he want to do it? Does he not want to do it? I don’t know. "The car is very different. I can tell you that. The way F1 is versus how IndyCar is, it’s very different. Read also: Seidl 'far away' from blaming Ricciardo for McLaren shortfall "But I think he would love it. He loves America. So I think Daniel would fit right in. And I know the super speedways are very quick. We all understand they are more dangerous, right? "I think there’s a lot of kind of like trash talk about of super speedways and ovals in general. And it shouldn’t be that way. Because maybe on TV it’s hard to explain but it is a very cool, very different type of racing. "And once you do them a little bit more and you kind of start getting comfortable with it, you realise how special they are and what they’re all about. "And I feel like before everybody kind of goes, I don’t want to try ovals, and kind of just close your mind, try it. "Try it because it’s a very, very cool experience. It’s quick, it’s very fast. But I don’t think he’d have an issue with it." Responding to O'Ward's comments, Ricciardo says he just "isn't mentally there" regarding IndyCar. "I had a lot of IndyCar drivers reach out and say like, 'mate you would love it here'," said the future Red Bull driver. "They were very enthusiastic and spoke very highly of the series and I'm not saying I wouldn't ... like the racing looks great. "I do watch a lot of the races and I enjoy it as a fan, as a spectator. "But let's say, I think mentally, I'm just not there at the moment. I'm still kind of with Formula 1 in my mind. "Ten years ago, I would have said yes," he said. "I’m OK to admit that I’m not OK with ovals." Keep up to date with all the F1 news via Facebook and Twitter The post O'Ward: Ricciardo should ignore 'trash talk' about IndyCar ovals appeared first on F1i.com.