Wolff: Mercedes determined to avoid years in the wilderness 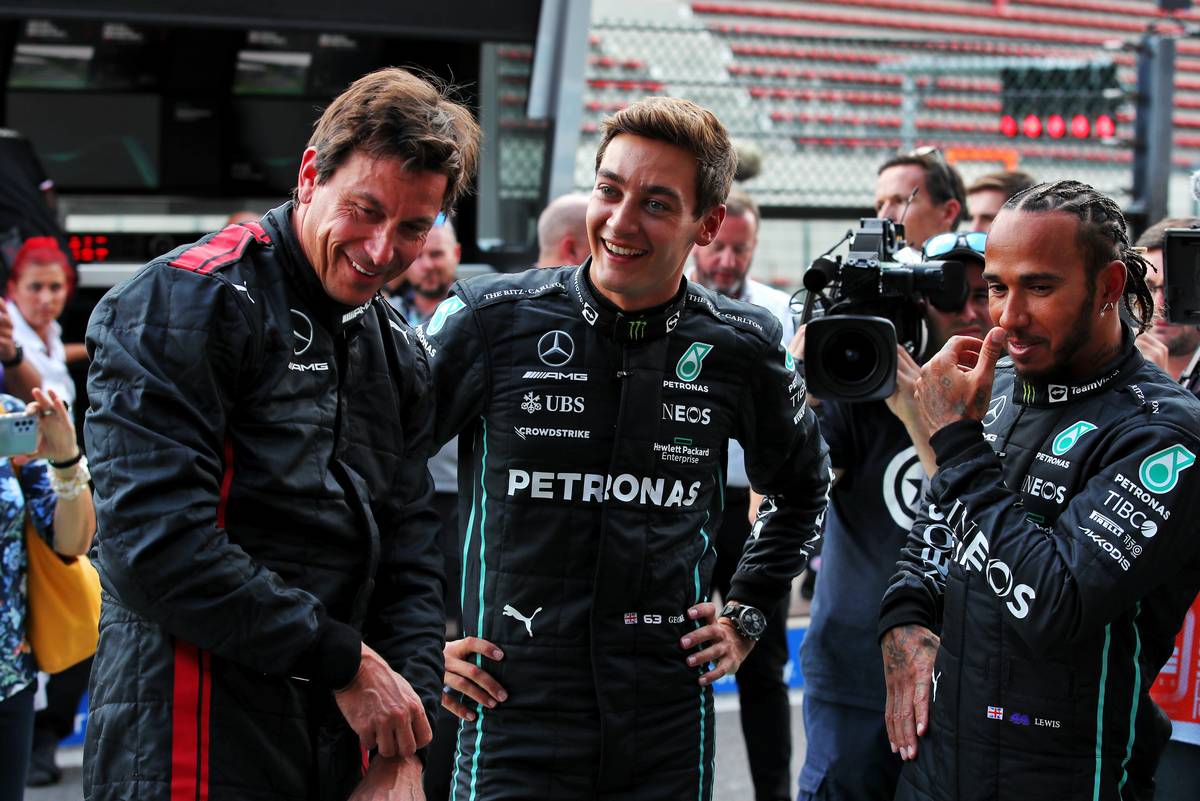 Mercedes team principal Toto Wolff is determined to ensure that his squad won't end up on the sidelines for years to come, after the Silver Arrows' recent era of domination of the sport came to an abrupt end in 2022. Other teams that have had prolonged spells at the top of the start - from McLaren and Williams, to Ferrari and Red Bull - have struggled to retain their form following a sustained period of supremacy. Mercedes' own recent dominance start in 2014 with the introduction f the modern hybrid engine era, and resulted in eight consecutive constructors championships and seven drivers titles for Lewis Hamilton and Nico Rosberg. Read also: Mercedes explain 'table of doom' forecasting tool for 2022 season But problems with this year's car following the reintroduction of ground effect aerodynamics has left Mercedes struggling, and they ended the season in third place in this year's team standings. George Russell secured the team's only pole of the year at Hungary and also won the Brazil sprint race to start the Sao Paulo GP from P1 which he went on to claim his maiden F1 victory. Otherwise though, 2022 has been disappointing. There are now concerns that they have lost so much ground to Red Bull and Ferrari that they might not be competitive again until at least the next round of rule changes due in 2026. But Wolff refutes this suggestion. “Of course, we are talking about it," Wolff acknowledged this week. "We are analysing what were the reasons in the past that teams that dominated over an era suddenly lost performance. "You can trace it back pretty well," he suggested. “Change of regulation, people leaving, a tyre that changed fundamentally. “We are aware of all that and the regulation changes. We got it wrong, but all the other pillars are still in place. "[But] we have the same organisation, the same capability, the same financial funding. I believe we have things in common and we can trace it back," he insisted. "We have to tune the systems, and understand.” Wolff insisted that the situation Mercedes currently finds itself is different from previous times when a top team has suddenly gone off the boil for a sustained spell and struggled to find its way back. In those cases, teams needed to fundamentally overhaul their organisation to get back on the right track, which Wolff says is not the case for Mercedes today. He pointed to Ferrari as an example, and what happened after Michael Schumacher's five back-to-back titles from 2000 to 2004 under Jean Todt and Ross Brawn, and Red Bull's fall from grace after 2013. "They lost the whole top leadership and the key driver,” Wolff explained. “I think that is something where you can trace it back. “With Red Bull it was a fundamental situation that the power unit regulations changed upside down, and no works deal basically," he argued. "It was fundamental parameters changed. "We are looking at that and thinking, we better be careful," he said. "We better be careful, because the season has gone by in a heartbeat. "We can't let that happen - to look back after the next season and the one after.” Gallery: The beautiful wives and girlfriends of F1 drivers Keep up to date with all the F1 news via Facebook and Twitter The post Wolff: Mercedes determined to avoid years in the wilderness appeared first on F1i.com.