Formula One 2022 driver ratings: Max Verstappen a class above the rest 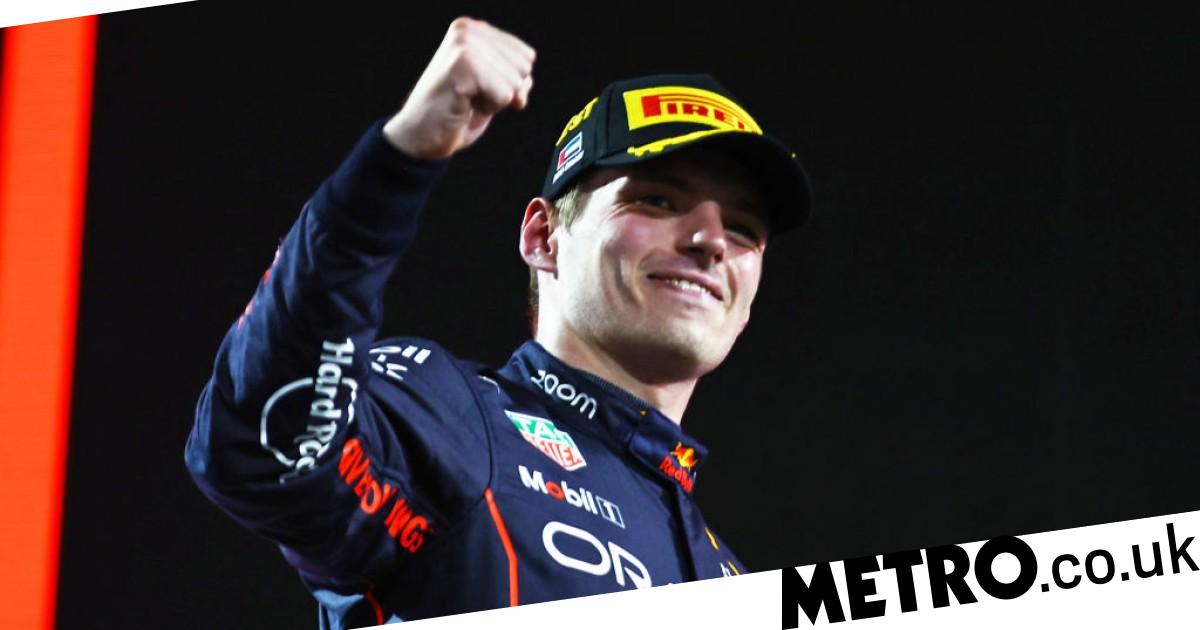 Another season of Formula One has come to an end, and while 2022 was unable to match the previous year’s thrilling title race, it still delivered plenty of action and excitement.

Max Verstappen and Red Bull eased to victory in both championships, while we had not one but two new race winners in Carlos Sainz Jr. and George Russell.

Sadly, not every driver could keep up, with several prominent names not returning to the grid in 2023, and with that in mind, Metro Sport rates every F1 driver’s performance from the past year:

In 2022, Max Verstappen was simply in a class of his own, storming to a second title and an incredible 15 wins, the most in a single season.

The Dutchman could have received a perfect 10/10 but his frequent outbursts and disgraceful treatment of teammate Sergio Perez in Brazil shows he still has much maturing to do.

Disastrous strategy calls, reliability issues and the odd crash derailed Charles Leclerc’s title challenge well before the summer break, but it is clear that he has the talent to become world champion.

The Monegasque stepped off the gas for the second-half of the season but while it has been a painful 2022, bar his three wins, this season may well have made the 25-year-old a lot stronger going forward.

By securing P2 in the standings Perez has done everything Red Bull have asked of him and more, and the Mexican’s class was there for all to see in his wins at Monaco and Singapore.

But moving forward things may get tougher with his relationship with Verstappen now on the rocks following highly controversial incidents in Spain and Brazil.

After a superb first-half of the season, George Russell’s form dipped dramatically with questions raised over the Brit’s wheel-to-wheel racing ability.

Thankfully, he recovered to take an excellent maiden win in Brazil and achieved something that only Jenson Button in 2011 and Nico Rosberg in 2016 have done: beat teammate Lewis Hamilton.

While Carlos Sainz endured the same troubles at Ferrari as Leclerc did, it cannot be ignored that he just wasn’t able to match his teammate for pace for much of the season.

A maiden pole and win in Britain was fantastic, but, even with six unfortunate DNFs, fifth in the standings is a poor end result.

With the record of at least one win in every season he’s raced in now gone, this would look to be Hamilton’s worst year since his debut in 2007 – and in many ways it was.

Yet, calling nine podiums bad highlights just how accustomed we have been to seeing the seven-time champion fight for the title and while Mercedes couldn’t deliver the car, he still performed to a decent standard.

Easily the best of the rest, Lando Norris was the only driver outside of the top three teams to finish on the podium in 2022, doing so in tricky conditions at Imola.

The significant gap to teammate Daniel Ricciardo is a testament to his ability, but McLaren will need to make significant improvements if they want to hold onto the outstanding 23-year-old.

Aside from his fantastic defence against Hamilton at a treacherously wet Japan race, this was a good but unspectacular year for Esteban Ocon, not that Alpine will mind with his consistency helping the team to fourth in the standings.

Unlucky to have not scored more, at 41, Fernando Alonso’s ability on track is still remarkable – as is his knack for leaving a team under a cloud, with the two-time champion burning all of his bridges (again) as he departs for Aston Martin.

In the opening nine races, Valtteri Bottas scored 46 points. In the last 13 he scored just three, such was Alfa Romeo’s inability to develop their car, but a top-10 finish in the standings is more than he could ever have dreamed of.

While he claims he will be back, this does feel like the end of Daniel Ricciardo’s career, with the Australian completely losing his magic touch and while it was sad to see, you can understand completely why McLaren lost faith in him.

It still hasn’t set in that Sebastian Vettel has retired, especially given just how well the four-time champion drove in his final few races, most notably in Japan and the USA. Danke Seb, for everything.

Returning to the grid at the 11th hour, Kevin Magnussen showed he is still as quick, and as crash-prone, as ever, but a miraculous maiden pole in Brazil capped off a brilliant year for the Dane.

This was not a good year at all for AlphaTauri, whose car struggled to keep pace with the midfield runners, and Pierre Gasly looked like a shadow of his former self as a result. He’ll be hoping for better things at Alpine.

Even after six seasons in F1, Lance Stroll still looks incredibly naive and at times dangerous on track, with collisions in Australia, USA and Brazil not helping his cause one bit.

Haas’s decision to axe Mick Schumacher for 2023 is both infuriating and understandable, given that the young German clearly has potential yet has failed to make the most of chances when they come.

While his car’s poor performance hasn’t helped, it’s hard to see where Yuki Tsundoa has improved in his second season. 2023 will be a pivotal year for his career.

Zhou Guanyu’s six points to Bottas’ 49 looks terrible on paper, but given we’re comparing a rookie to a 10-time race winner it’s not so bad, espcially when you take into account how mechanical issues have plagued the Chinese driver.

Alex Albon is doing his best in a (yet again) painfully slow Williams and should be credited for that, as well as returning to racing so soon after suffering from appendicitis and post-surgery related respiratory failure.

After three rather terrible years, Nicholas Latifi has been given the boot, though one has to admit that his performances in wet qualifying sessions throughout the year were very enjoyable.

The Formula E champion has to be thanking his lucky stars for Albon’s appendicitis, which gave him the chance to make his F1 debut in Italy, where he surprisingly scored points and utterly outclassed Latifi.

Making the absolute most of this unexpected opportunity, De Vries convinced AlphaTauri he was worth a punt and he’ll be joining the grid full-time next year.

Filling in for Vettel for the opening two races after his fellow German caught COVID-19, Nico Hulkenberg did fine in Bahrain and Saudi Arabia and will be back full-time in 2023 with Haas.

MORE : ‘I deserve a place in F1’ – Mick Schumacher responds to being axed by Haas