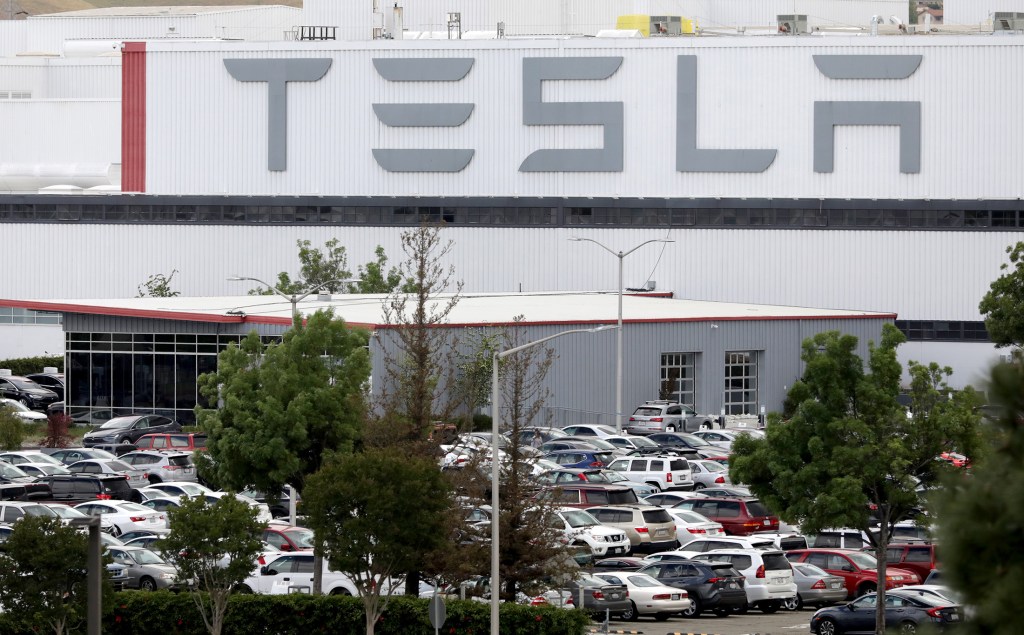 By Evan Peng | Bloomberg Tesla Inc. was sued by 15 Black current or former employees who allege a racist work environment including harassment and intimidation at plants in California, the latest in a string of such lawsuits against the electric-car maker. The lawsuit, filed Thursday in state court in Alameda County, extensively details racist slurs and graffiti and other acts the plaintiffs claim Elon Musk’s company did nothing to correct. It lists dozens of Tesla employees as defendants. Musk isn’t among them but is cited in one of the allegations. In addition to sexual harassment and criticism of appearance, the plaintiffs allege that some were assigned to the most physically demanding jobs in the company’s Fremont factory, while others were passed over for promotion in a discriminatory pattern at the Austin, Texas-based automaker. Tesla didn’t immediately respond to an email seeking comment on the lawsuit. According to one of the allegations, Nathaniel Aziel Gonsalves, a former associate manager at Tesla’s Foster City facility who is African American, had to endure racist remarks from his supervisor, including that he “wasn’t like most black people” and “didn’t act ghetto.” When he reported an ugly slur against a colleague, his supervisor and other team members retaliated against him, accusing him of “siding with the minorities,” according to the suit. Around April of last year, an employee identified in the lawsuit as “Cory” who was working on solar panels at Musk’s home made a similar accusation against Gonsalves, according to the complaint. Rather than investigate the incident, the company fired Gonsalves less than two hours after Cory spoke with Musk, the plaintiffs allege. When Gonsalves went to the human resources department and his regional manager, they said the decision to fire him “came from higher up” and that there was nothing they could do about it, according to the complaint. Related Articles Business | Man accused of buying 39 Teslas via $45 million scam with apparent false ties to Elon Musk Business | Tesla cuts 200 autopilot workers as it closes San Mateo site Business | Uber, Lyft drivers switch to Teslas as high gas prices squeeze profit Business | BART sued over ads targeting Elon Musk and his lab-monkey research Business | Ex-Tesla worker in racism case turns down jury award after judge cuts it from $137 million to $15 million Tesla has been accused of racism and harassment in earlier suits, including one by California’s civil rights regulator that cited evidence the Fremont plant is a “racially segregated workplace.” The company published a preemptive blog post ahead of that suit saying it took discrimination seriously and had a dedicated process for investigating complaints. The plaintiffs in Thursday’s suit are seeking unspecified monetary damages and civil penalties as well as an order that Tesla improve its training and enforcement to prevent harassment, discrimination and retaliation. The case is Jasmin Wilson v. Tesla Inc., 22CV013603, Superior Court of the State of California, County of Alameda. More stories like this are available on bloomberg.com ©2022 Bloomberg L.P.

Ford takes a swipe at Tesla over Cybertruck delays